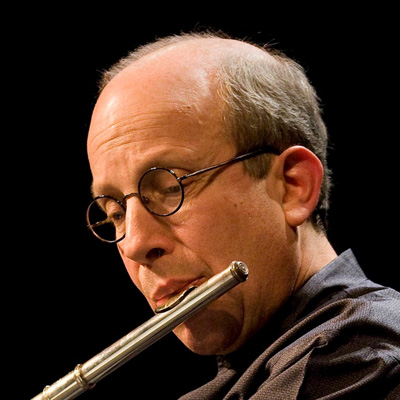 Flutist Paul Taub has been a leading performer of chamber and contemporary music in the Northwest US since his arrival in Seattle in 1979. Professor of Music at Cornish College of the Arts, he is a founding member and Executive Director of the Seattle Chamber Players. Very active in musical projects with former republics of the Soviet Union, Paul has toured in Russia four times and has also performed in Greece, France, Estonia, Poland, Ukraine, Costa Rica, and at universities and colleges all over the United States and Canada. His teachers include Marcel Moyse, Samuel Baron, Michel Debost, and Robert Aitken. Paul has given premieres of works by composers such as Henry Brant, Janice Giteck, George Crumb, and many more. His program of ten commissioned solo pieces was presented at Benaroya Hall in May, 1999. Oo-ee, the CD of this repertoire, is available on the Periplum label. He is a member of the Board of Directors of the National Flute Association.