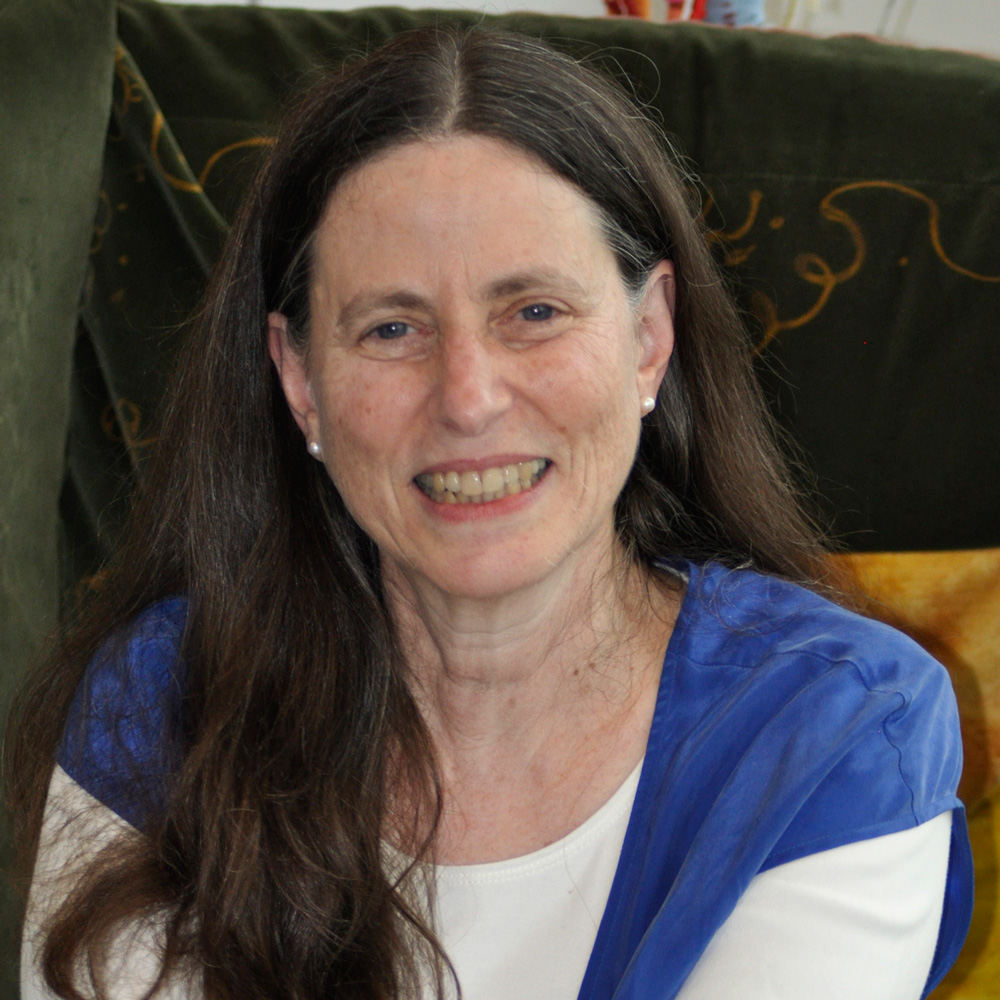 Joan Rabinowitz, Executive Director, has been with Jack Straw since 1982. She is the founder of the Jack Straw New Media Gallery and the Jack Straw artist residency programs and is responsible for their overview design. She developed Jack Straw’s Arts Education programs with special attention to English Language Learners and Youth with Disabilities. As an ethnomusicologist and radio producer, she produced a variety of award-winning radio programs featuring Northwest musicians and writers and community-based multicultural projects such as Asian Festivals of Washington and Gritos del Alma. She served for five years as a Seattle Arts Commissioner and was Treasurer of the Association of Independents in Radio for six years. She is a board member of Arts and Visually Impaired Audiences, with whom she has helped provide arts access and education programs to disabled youth and adults since 1985. 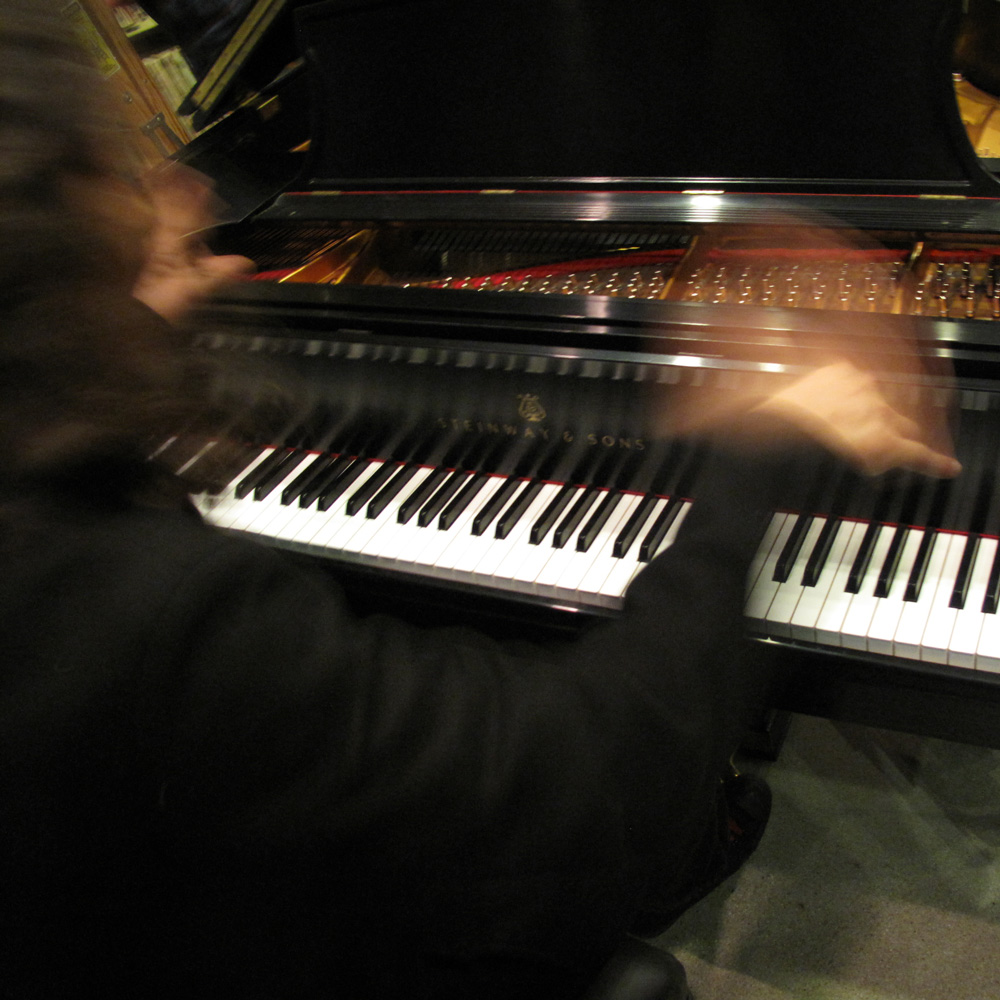 Steve Ditore, Engineer, is a graduate of the University of California at Riverside, with an M.A. in music and a B.A. in English. He has worked at Jack Straw since 2002. Steve engineers a variety of musical projects with Jack Straw resident artists and studio clients, from classical and experimental to jazz and folk. 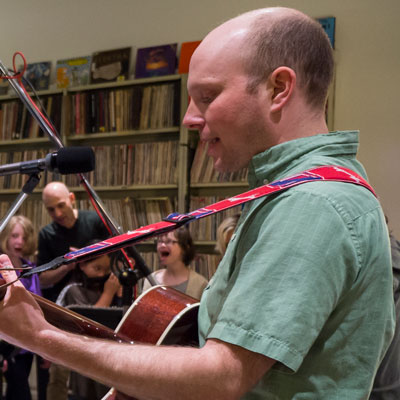 Levi Fuller, Administrative Coordinator, has been at Jack Straw since 2008, overseeing many aspects of our day-to-day operations, including managing our artist residency programs. He also occasionally acts as a teaching artist, writing songs inspired by elementary students’ poetry.  Levi has a Bachelor’s Degree in Fine Arts from Massachusetts College of Art, he writes and performs original music, and is the founder and editor of the music compilation series Ball of Wax Audio Quarterly. 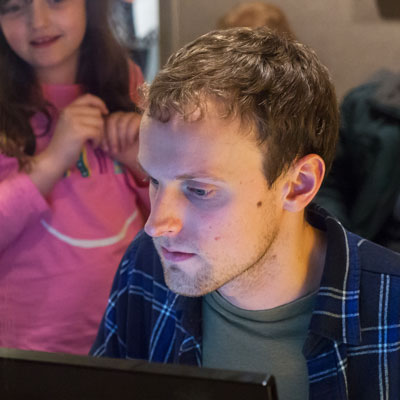 Daniel Guenther, Engineer/Teaching Artist, first visited Jack Straw as a student in our Blind Youth Audio Program. He joined the staff in 2014 after receiving an engineering degree from Berklee College of Music. Daniel works on a variety of projects at Jack Straw, from education programs to podcasts, archival and preservation projects, and music and voice recording. He plays guitar in the band Xurs. 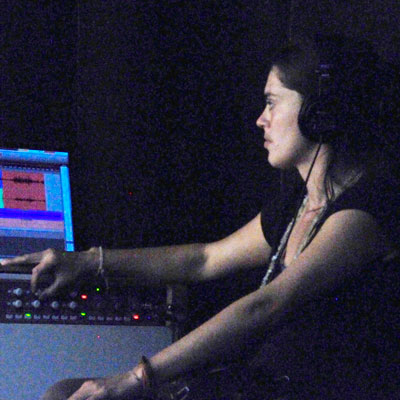 Camelia Jade, Engineer/Teaching Artist, joined Jack Straw in 2008 as an audio engineer and program assistant. She has a degree in audio engineering from the Art Institute of Seattle. For several years, CJ was a freelance recording artist and worked in the arts department at the Seattle Public Library. She works on a variety of projects at Jack Straw, from education programs to podcasts, archival and preservation projects, and music and voice recording. Her band Strong Sun Moon released its second album, produced at Jack Straw, in 2018. 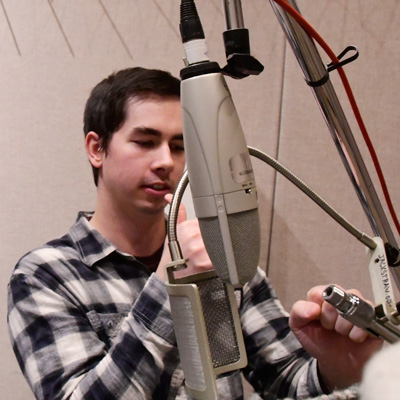 Joel Maddox, Engineer/Teaching Artist, started at Jack Straw as an intern and joined the staff in 2016 with a Bachelor’s of Science in Audio Production from The Art Institute of Seattle. Joel works on Jack Straw’s education programs, archival and preservation projects, and vocal and music recording. 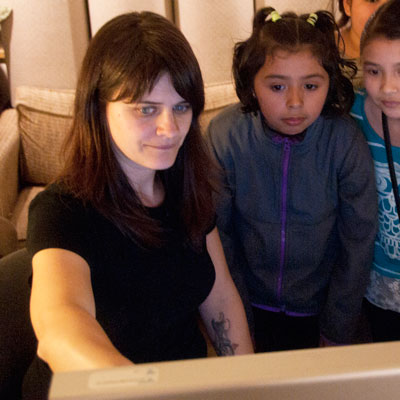 Moe Provencher, Producer/Engineer, has been with Jack Straw since 2002, and has an Associates of Applied Arts Degree in Audio Production from the Art Institute of Seattle.  She has taught and designed curriculum for Jack Straw Youth and Technology programs for elementary, middle and high school students. Moe’s studio work includes spoken word, field, and music recording. She engineers studio sessions with a variety of artists spanning jazz, folk, rock, and classical genres, in addition to providing live sound reinforcement and recording.  Moe is also a singer/songwriter, and has released music under her own name and as a one half of the duo MoZo. 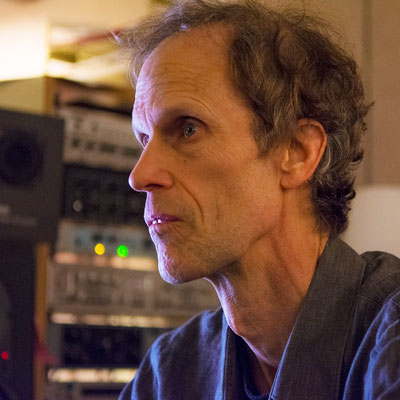 Tom Stiles, Producer/Engineer/Teaching Artist, has worked at Jack Straw since 1992. He works with musicians from a wide variety of genres, from international to contemporary classical and beyond. He also has a long career as an educator; he’s worked as a teaching artist on Jack Straw’s educational programs and as the lead instructor for Jack Straw’s professional audio classes since the 1990s. In addition to his studio work, Tom specializes in live performance sound and recording; he has worked with hundreds of performers from around the world in concert, festival, and studio settings.  Tom is a member of the Audio Engineering Society. 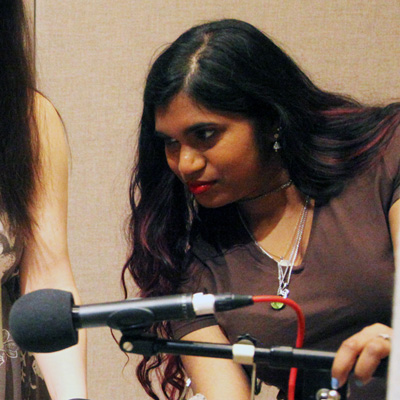 Ayesha Ubayatilaka, Engineer/Teaching Artist, started at Jack Straw as an intern in 2016 and joined the staff in 2017 with a Bachelor’s of Science in Audio Production from The Art Institute of Seattle. Ayesha works on Jack Straw’s education programs, archival and preservation projects, and vocal and music recording. Lisa WAAGD, video journalist/film maker,  joined Jack Straw in 2017 as a volunteer while she was waiting for her U.S. work permit as a recent immigrant, and joined the staff in 2018. She has a master’s degree in Audio/Visual Arts from Japan, and has worked in Iran, Turkey, Japan and China before moving to Seattle. She is also the art director of Seattle Turkish Film Festival.

Dominic CodyKramers, Board President, is a Seattle-based theatre sound designer and educator.  He has been a full-time faculty Instructor at Seattle University’s Fine Arts Department since 2006, where he teaches classes in Audio Production, Creating with Sound, and Theatre Sound Design. He designs sound for all the SU theatre productions, mentors sonically-creative students in their music and theatre production endeavors and manages the department’s Digital Music Lab and Recording Studio.

Laurel Sercombe, Vice President, is the Archivist for the Ethnomusicology Program at the University of Washington in Seattle, a position she has held since 1982. She received her Ph.D. in Ethnomusicology (UW) in 2001 and has published several articles and essays on western Washington Coast Salish song traditions.

Erin Craver, Treasurer, is the accountant for National Council for Eurasian and East European Research, Executive Service Corps of Washington, and Little Bit Therapeutic Riding Center. She has also been an active member of area PTAs as a treasurer and fundraiser.

Larry Laurence, Secretary, is a writer and Rehabilitation Counseling practitioner. His books are a full-length volume of poems, Life of the Bones To Come (Black Heron Press), chosen as a National Poetry Month selection by NACS, the National Association Of College Stores; a chapbook, Scenes Beginning With The Footbridge At The Lake (Brooding Heron Press);  and an e-chapbook, Successions of Words Are So (E-Ratio Editions). His poems have appeared in the anthologies How Much Earth: The Fresno Poets (Roundhouse Press) and the 2006 Jack Straw Writers Anthology, and in journals including CutBank, E·ratio Postmodern Poetry, Floating Bridge Review, Poetry Northwest, POOL, Raven Chronicles, and Southern Poetry Review.  Awards include grants from The Seattle Arts Commission and Artist Trust, plus residencies at Squaw Valley Community Of Writers (CA) and Cummington Center For The Arts (MA).  Larry  earned an M.A, English, California State University, Fresno, studying poetry under Philip Levine.

Claudia Castro Luna left her native El Salvador at the age of 14, escaping the Civil War with her family. She has earned an MA in Urban Planning from UCLA and an MFA in poetry from Mills College. She is a K-12 certified teacher with a passion for arts education and teaching immigrants. She worked as the education program manager for the Museum of Children’s Art in Oakland and as a high school Spanish teacher for the Oakland Unified School District. She was a 2014 Jack Straw fellow. Her poems have appeared in Milvia Street, The Womanist, Riverbabble, and the Taos Journal of Poetry and Art. Claudia is Seattle’s first Civic Poet 2015-2017 and is now Washington State Poet Laureate.

Lou Oma Durand is the director of the Washington State Department of Services for the Blind. She has worked with people with disabilities for over 30 years. She also founded Wordscape and Writing on Air, non-profit organizations focused on literary arts, performance, audio and video production.

Kathleen Flenniken is a poet, editor, and teacher. Her first collection of poems, Famous (University of Nebraska Press, 2006) was named an ALA Notable Book. She teaches writing in the public schools and is an editor at Floating Bridge Press.

Kerry Itami is Art Coordinator at Ryan James gallery, working on special projects.  She was a judge for Ryan James’ Visual Impression, a Call to artists.  In addition to being a painter, she is also a musician/composer/teacher and audio engineer.