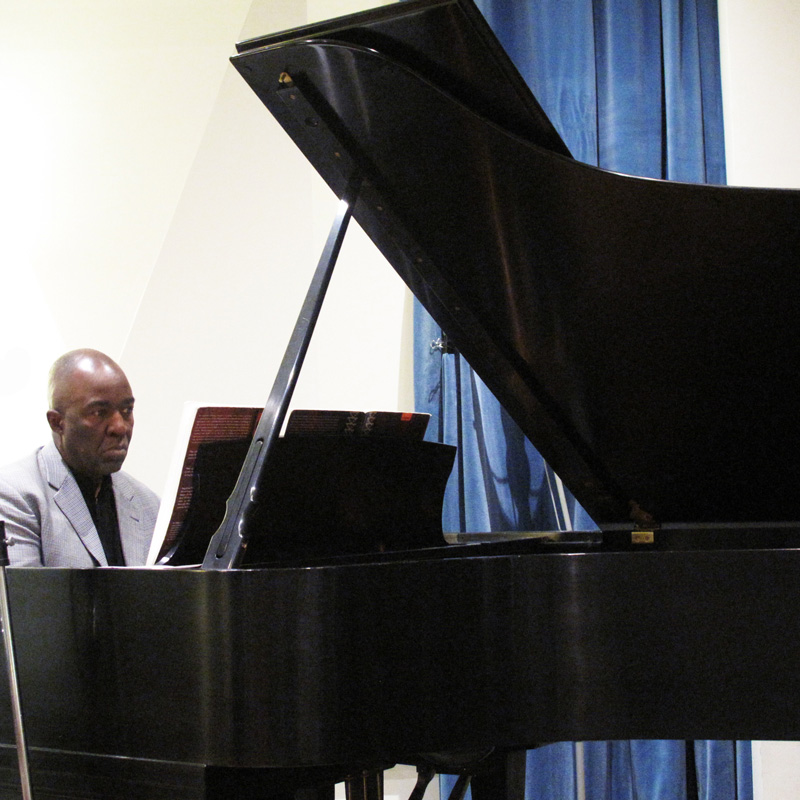 William Chapman Nyaho, a Ghanaian American and resident of Seattle, studied at St. Peter’s College, Oxford University (UK), where he graduated with a Bachelor of Arts degree at the Honour School of Music. He continued his piano studies at the Conservatoire de Musique de Geneve, Switzerland, the Eastman School of Music where he graduated with his Master of Music degree, and at the University of Texas at Austin, where he received his Doctor of Musical Arts degree. Chapman Nyaho is the recipient of prizes from international piano competitions.

Following four years as a North Carolina Visiting Artist, Chapman Nyaho taught at the University of Louisiana at Lafayette and was the recipient of the Distinguished Professor Award and held the Heymann Endowed Professorship. He was also the recipient of the Acadiana Arts Council Distinguished Artist Award. Chapman Nyaho has also recently served as Visiting Professor of Music at Colby College in Maine and Visiting Artist at Willamette University in Oregon. His summer teaching appointments include Interlochen Summer Arts Camp and Adamant Music School.

As a regular guest clinician, Chapman Nyaho gives lecture-recitals and workshops advocating music by composers of the African heritage. He has compiled and edited a five-volume graded anthology Piano Music of Africa and the African Diaspora, published by Oxford University Press. A first of its kind, this is intended to expand the performing repertoire of students and concert pianists, and also to supplement college keyboard literature courses.

He has served on national committees for the Music Teachers’ National Association, College Music Society and the National Endowment for the Arts and been a juror for competitions in the North America, Europe and Africa.

Chapman Nyaho’s performances have taken him to Europe, Africa, Asia, the Caribbean, and North America, including Washington D.C.’s Kennedy Center. He performs as soloist with various orchestras, including the Moscow Chamber Orchestra and the San Francisco Chamber Orchestra. Chapman Nyaho has been featured on radio and television broadcasts in Ghana, Switzerland, and on Performance Today on NPR. He also developed and hosted The Bach Show for classical radio station KRVS in Louisiana. His piano duo, the Nyaho/Garcia Duo, has released the critically acclaimed CD Aaron Copland: Music For Two Pianos on the Centaur Label.

Music from Chapman Nyaho’s solo CD SENKU: Piano Music by Composers of African Descent, a ground-breaking compilations of music of the African Diaspora, was recently choreographed by the Tony Award winning Garth Fagan. Senku was named one of the “Best of the Year” by the Cleveland Plain Dealer, which called it “altogether enthralling . . . this music deserves a regular place on concert programs.” Gramophone Magazine said, “Nyaho’s gripping performances kept my ears glued to this disc . . . Let’s hope the pianist continues to explore and record more such commanding repertoire.” Dr. Maya Angelou wrote that it holds “moments of discovery so delicious that the listeners will be made to laugh out loud and to compliment not just Dr. Chapman Nyaho, but themselves at their good fortune in finding these composers and this pianist.” Chapman Nyaho’s most recent solo CD, ASA: Piano Music by Composers of African Descent, was released in Summer 2008 on the MSR Classics Label.