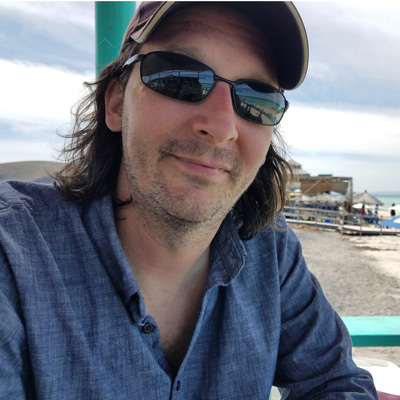 Saxophonist and composer Greg Sinibaldi has established himself as one of his generations most inventive musicians, embracing a diverse musical world. Often described as a musicians’s musician, he can be found performing with his own groups, playing in metal bands, or developing new musical sounds with the EWI, he brings a characteristic and unique voice to each project. Inspired by a wide range of music and art, Greg has developed a unique improvisational language, developing a virtuosic and rich sonic palette.

Inspired by collaborations with many musical innovators, Greg has worked and performed with Gunther Schuller, Jimmy Giuffre, Bill Frisell, Wayne Horvitz, Cuong Vu, Ted Poor, Ryan Ferreira, Robert Dick, Amy Denio, Dave Douglas, Matt Moran, Rueben Radding, Jesse Canterbury, Kenosha Kid and many others. Always the musical seeker, he has toured with a wide range of bands and can be heard on myriad projects. His two most recent releases feature the EWI heavily. Ariel, released in 2017, draws inspiration from Sylvia Plath’s book of the same name. Utilizing EWI, guitar, and drums, the album has drawn wide acclaim for its uniqueness, being called “quite an emotive experimental work,” and “Its brilliance is definitive.” His most recent album, Voices, has drawn similar acclaim. One critic states, “Amongst the turbulence, we are swallowed by the crashing waves of a digitally compressed ocean and washed ashore, left to find our own serenity.”

Greg has been the recipient of many grants and awards from the Puffin Foundation, Jack Straw Foundation, Centrum, 4Culture, Earshot Jazz and The City of Seattle. He has also been Artist in Residence at the Banff Center in Banff, Canada, the Atlantic Center for the Arts in Florida and Centrum. He studied at the New England Conservatory working with a wide range of artists, including George Garzone, Jimmy Giuffre, and Joe Maneri. He recently obtained a Master’s degree in Jazz and Improvised Music at the University of Washington, where he studied composition and electronic music with Richard Karpen. Currently, he is based in Seattle and Brooklyn, NY.