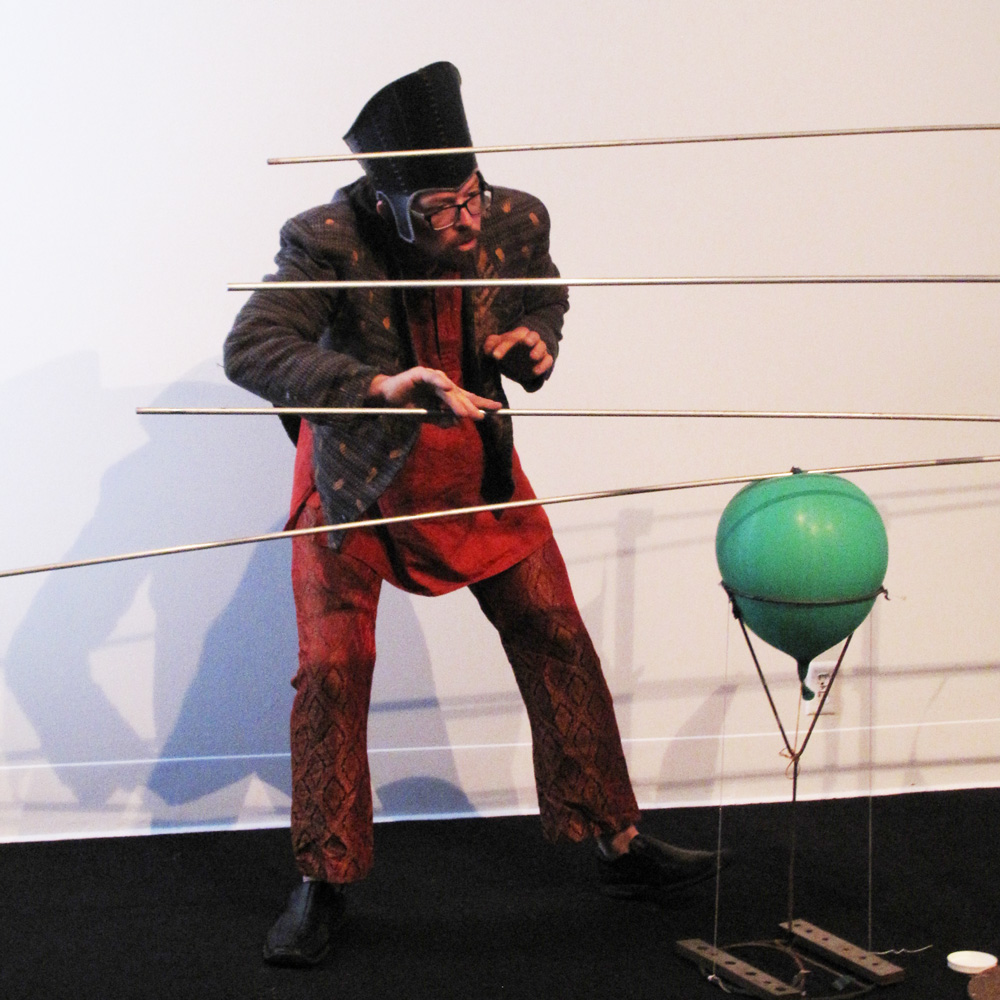 Ela Lamblin is a sculptor and musician.

In 1989, at the age of sixteen, he was awarded a scholarship to attend the Atlanta College of Art. He graduated with a BFA in sculpture in 1993. While at ACA Ela began experimenting with combining sound with form to create musical sculptures, a process that has resulted in more than forty large-scale musical instruments to date. From college onward, Ela’s art has encompassed sculpture, music, film, and movement in live performance. Ela’s artistic horizons continue to expand as he erases the lines between disciplines to create multi-faceted works that now include design and fabrication of public art, architectural design and planning, numerous recordings, short films and scores.