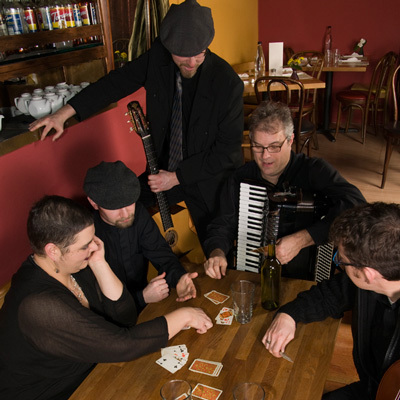 The practitioners of the ancient art of alchemy often sought to transform or combine a variety of elements. In a similar manner, the members of the ensemble Alchymeia gather folk song ingredients from various cultures and arrange them in new and fascinating ways. The repertoire reflects the varying backgrounds of the ensemble’s founding musicians.

Brandon Vance is a two-time Open U.S. National Scottish Fiddle Champion and the youngest player ever to attain the national title at age 14. Brandon has performed with numerous Celtic artists including Alasdair Fraser, Natalie Haas, and Carl Peterson.

Nadia and Brandon began performing together in 2008 and in 2010 they enlisted some of Seattle’s finest musicians to create Alchymeia.