Talks and performances by composers, musicians, and scholars of new and innovative music. 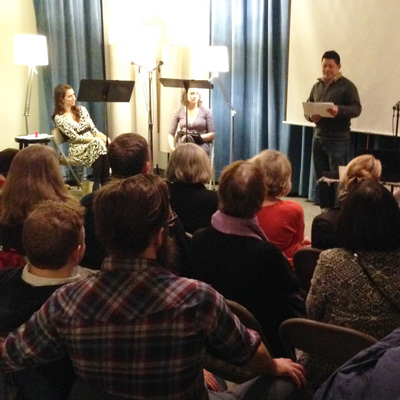 The Composer Spotlight series, which ran from April 1999 to January 2014, was presented by Jack Straw Cultural Center and Washington Composers Forum (WCF). This series of talks and performances of new music highlighted an innovative composer or performer on the second Wednesday of each month at Jack Straw Cultural Center. Presenters shared recordings and performances of new work and discussed their process.