A series of oral history interviews to document a part of Seattle’s heritage through the stories of long time residents, workers and preservationists

In 2008, historian Holly Taylor and Jack Straw audio producer Jennie Cecil Moore completed a series of oral history interviews to document a part of Seattle’s heritage through the stories of long time residents, workers and preservationists. The project’s focus is the history and development of Lake Union’s shoreline, from the perspective of the water, including stories of ship yards, houseboats, bridges, industrial sites, the natural environment, and other unique and distinctive aspects of this area.

The project team noted that several history books have been published about Seattle’s neighborhoods, from Ballard to Queen Anne to Capitol Hill, but few historical records document Lake Union as a community, and fewer still that look at the role of water-related industries in Seattle’s history and development.

The project has been supported by grants from 4Culture and the Hugh and Jane Ferguson Foundation. Listen to audio samples from the interviews below. Completed recordings and transcriptions are available at Jack Straw Cultural Center.

Ken Leask was born in Metlakatla, Alaska. He was a fisherman in Alaska and Washington, a bus driver for Seattle Transit, from 1955-1967, and a bridge operator for Seattle Engineering from 1967-1996.

David K. Leask was born in Seattle. He has been a Seattle Bridge Operator since July 1987, and Senior Operator for Ballard Bridge since September 1997.

Susan D. Boyle, a principal with BOLA Architecture, was educated in art history and architecture, and focuses on historic preservation in her professional and civic work. In the last 20 years her architectural projects have involved over 90 properties which are listed on the National Register or designated as local landmarks, including museums, school and park facilities, theaters and civic buildings.

Patricia Fels is the founder and principal architect of PTF Architects. Her involvement with Lake Union goes back thirty years and includes work with the houseboat community, an inventory of historic buildings in South Lake Union followed by consultation on the first SLU Neighborhood Plan, and the landmarking of Gas Works Park.

In spite of his history, geography and social studies teachers, Dick Wagner has always been a history fanatic. He became a classic boat nut when friends invited him to sail as moveable ballast. Back in high school he rowed to make a difference and in Seattle he discovered he could by making history a direct experience, with no textbooks allowed.

Jann McFarland grew up in Seattle and moved into a rental houseboat on Lake Union in 1972 after staying on her father’s houseboat in the fall of 1971. In 1974 she was able to purchase a houseboat for $6,000 with a loan from her father. Sid and Jann were married in 1978 and purchased their moorage in the mid 1980s when the Log Foundation co-op was formed. Jann was on the Floating Homes Association Board for many years and currently is Office Manager for the Association. She also is Vice President and one of the founders of their houseboat co-op.

Sid McFarland grew up in a land house just up a driveway from the houseboats in Portage Bay and as a kid was the paper boy for much of the floating home community. After several different career paths, including building houses, Sid started his business, S.J. McFarland, Inc as a General Contractor in 1994 and works almost exclusively on houseboats, understanding the differences in the way you have to think when working on a floating home.

Howard Hansen is a retired boat builder and Quileute tribal elder who worked in the Seattle and West Coast maritime trades for fifty years. He was raised on the Olympic Peninsula, and apprenticed with Danish boat builder John Hanson in Ballard as a teenager. He worked at many of the boat yards around the Lake Washington ship canal, and at several different ship yards from Southern California to Alaska. He also worked as a fisherman and tug boat operator. He is currently a member of the Executive Board of Local 1184.

John Modrell is a retired boat builder, who worked for over 30 years at Vic Franck’s Boat Company at North Lake Union. Born in Seattle and raised in Alaska, John learned the boat building trade at Edison Technical School. He is currently a member of the Executive Board of Local 1184.

Zalmai (Zeke) Zahir (on the left) is a speaker of Puget Salish, and an instructor of the Lushootseed language and culture. He has studied and collaborated with Upper Skagit Vi Hilbert, and other tribal elders, researching, transcribing and translating Lushootseed. He has authored and co-authored a number of Lushootseed language publications, including Puget Sound Geography, based on the original manuscript by T.T. Waterman, edited with new material from Vi Hilbert, Zeke, and Jay Miller.

Jay Miller, PhD, (on the right) served as founding coordinator of American Indian Studies at Ohio State University, with a focus on the Native Midwest and earthen mounds. He is a linguist and anthropologist known for his wide-ranging fieldwork, scholarship, and publications with many Native communities across North America, especially in the Northwest. He worked with Vi Hilbert for three decades, edited for Lushootseed Press, and served as an adviser for the Salish Art exhibit  at Seattle Art Museum. He is the author of Lushootseed Culture and the Shamanic Odyssey, and many other books. 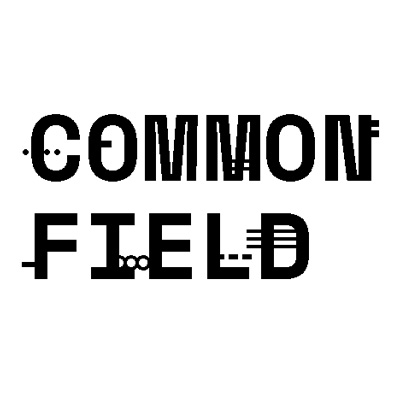