Stelios Manousakis | The Network Is a Blind Space 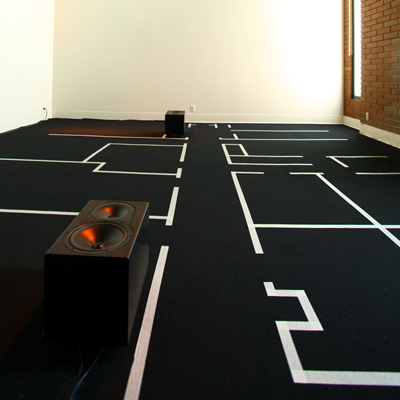 The Network Is a Blind Space is a distributed, micro-telematic, site-specific sound installation that explores the physical yet invisible electromagnetic spaces created by Wireless Local Area Networks (WLANs). Two computers installed in opposite parts of Jack Straw, one in the gallery and another in the main studio, create an electromagnetic line-space that can be transversed and examined – perhaps broken. The piece spreads out from the gallery space, extending as far as the installation’s WLAN can reach. Sound is generated and modified in real time by visitors logging into the network with ordinary, wifi-enabled, mobile electronic devices (smartphones, iPods, tablets, laptops, etc).

Wireless network spaces co-exist with physical spaces but follow their own rules, which are not always intuitive from the point of view of physical experience. To explore and navigate them a new sense is needed, as vision falls short. In nature, many animals that inhabit environments where vision is not a sufficient navigational tool – such as bats and dolphins – have developed echolocation, transmitting sound and listening to the echoes of the space. The Network Is a Blind Space creates a type of musical echolocation to explore this hidden dimension within the particular spatial configuration of Jack Straw. Devices joining the network become part of the space as active nodes and resonant objects; each can be heard individually as its sound is played from a dome of speakers hanging from the ceiling of the gallery. The state of the system, from the point of view of each of its two computers, can also be listened to via two speakers located on the gallery floor – where the architectural plan of Jack Straw is marked out with tape – each at the respective spot of the computer it represents. Additionally, iPods and iPhones can be used as sound-making echolocation sonars after installing an application. 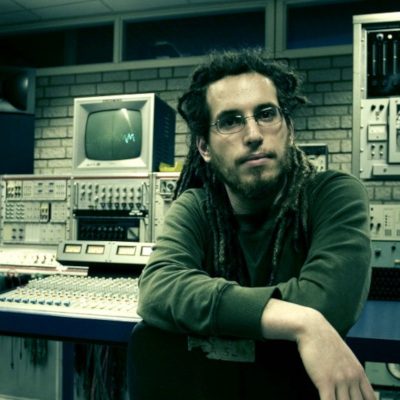 Stelios Manousakis is a Cretan-born composer, performer, researcher and sound artist striving to develop an artistic language that is both visceral and cerebral, communicating in a purely cognitive and…