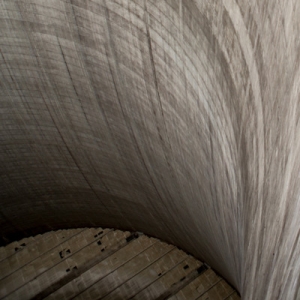 The making of the short film Echo at Satsop began with Jack Straw resident artist Etsuko Ichikawa‘s response to the triple disaster that occurred in her home country of Japan on March 11, 2011. A magnitude 9.0 earthquake hit the Tohoku region, causing a massive tsunami that led to the collapse of the Fukushima nuclear power plant. Tragically, due to ongoing radiation leakage, its devastating impact on the people and environment around it, will continue for years to come.

Ichikawa and her crew, including Jack Straw engineer Tom Stiles, were granted access to the abandoned Satsop nuclear facility in Elma, Washington, where they captured all of the video and sound used in the making of this film. Ichikawa was inspired by the emotional juxtaposition between ethereality and fear that she experienced while being in Cooling Tower 3, as well as by the amazing acoustic property of the space. The sound created by simply clapping hands becomes an almost emotional experience within the tower where Ichikawa’s act of prayer and purification are captured.

In this New Media Gallery installation, the film was projected and the associated sound installed at various locations throughout the space, enabling visitors to experience the echo effects.

March 11th, 2014 was the third anniversary of Japan’s devastating earthquake, tsunami, and aftermath. We presented a gathering at Jack Straw where Etsuko gave a short presentation about her project Echo at Satsop that was prompted by this tragic event, with the opportunity to share concerns on ongoing nuclear effects and have some dialogues. 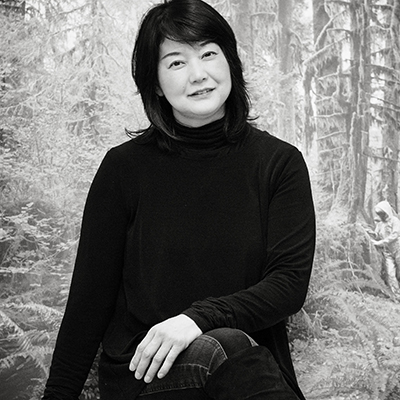 Etsuko Ichikawa is a Tokyo-born, Seattle-based, multi-media artist. She describes her work as “a continuing investigation of what lies between the ephemeral and the eternal.” Her Pyrographs…