In the center of the room, a cartoon bird walks through endless, empty computer generated rooms projected on a collapsing paper house. A dead tree projected in the corner communicates through bells and windblown car lot streamers. On the floor, a paper bird flaps out messages using its single intact wing. Each of the characters communicate in Morse Code, trapped and unaware of the other.

The installation is controlled by several computer applications running across networked computers. The applications communicate with each other like a networked video game, but the system is self contained and controls itself with no user interaction. 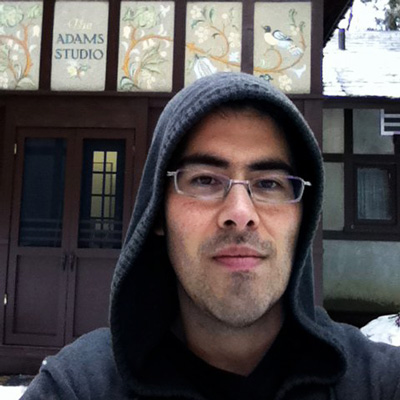 Brent Watanabe programs computer applications to connect the gap between his interests in drawing, audio and video, mixing high tech tools with low-tech techniques. He works primarily in video…