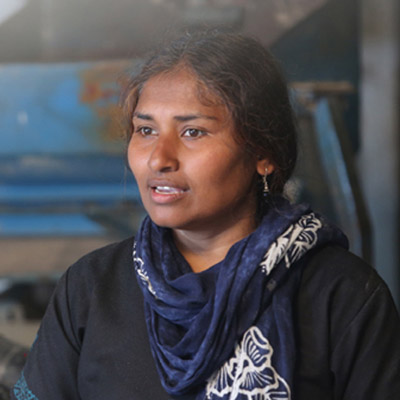 Sushma Kallam is descended from a long line of Indian farmers in villages close to the Krishna river in Andhra Pradesh state.

During her childhood she lived for a year in the peaceful village dwelling of her grandparents, and has since returned there frequently. After earning an engineering degree in India she came to the US in 2001 to work. She became an independent IT consultant specializing in supply-chain management – optimizing incoming and outgoing raw materials and manufactured goods and services for international markets. In that world, she learned about the ways in which neoliberal economic development – “globalization” – was disrupting traditional rural life in India.

Walls and the Tiger presents her vision of the conflicting priorities and values that have come into play as India’s development policies – increasing GDP and average incomes (which are virtually meaningless among the large majority of Indians who are subsistence farmer-villagers with little involvement in any cash economy).

Her film explores the results of global outsourcing and development policies that in India – as in many other nations – grant priority to fast-track industrialization, personal wealth for a few who are equipped to secure profits by any means, menacing populations and environments, alike.