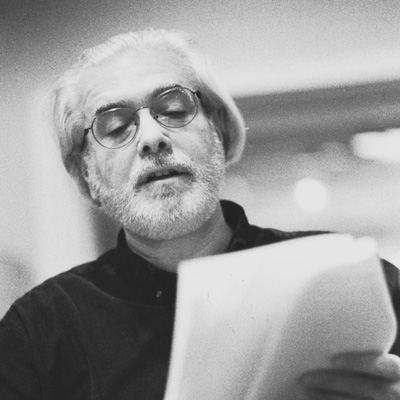 Steve Hernandez Effingham was born in Queens, New York in 1953. He moved to Los Angeles in 1975, determined to pursue a career as a Jazz journalist. After accidentally discovering the writing of Henry Miller (he thought he was purchasing a book by Arthur) and becoming a fixture at several Venice, CA jazz clubs where he befriended the musicians playing there, Steve decided to take the same creative risks as the musicians he watched perform each night. Thus began his pursuit of creative writing. He soon published poetry in the Free Venice Beachhead, and performed with local Jazz players such as John Carter, Vinny Golia, and Nels Cline. He was editor of Griot, A Journal of Native Consciousness, for more than ten years and has published poetry in a variety of journals. Steve currently resides in Seattle and is working on an historical novel about Jazz musicians in turn of the century New Orleans.

Jack Straw Writers at It's about Time Reading Series