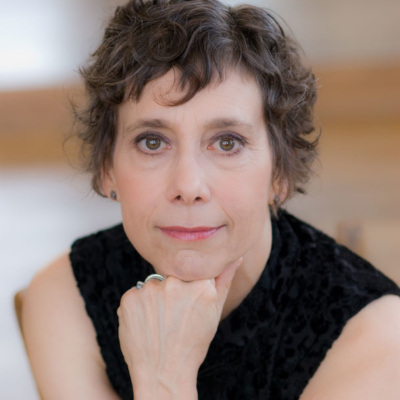 Stephanie Kallos was born in Idaho and grew up in Nebraska. Before coming out of the closet as a writer, she had a varied work history which included many years as a musician and a long career in the theater as an actress and teacher of voice, speech, and dialects. Her short fiction has received two Raymond Carver Awards and a Pushcart Prize nomination. Her first novel, Broken for You, was published in 2004; it was chosen by Sue Monk Kidd as a “Today Show” book club selection, and received the Washington State and PNBA Book Awards. Her second novel, Sing Them Home, was published in 2009; a Pacific NW Independent Booksellers bestseller, it was selected for Iowa’s “All Iowa Reads” program and named by Entertainment Weekly as one of the 10 Best Books of 2009. Her third novel, Language Arts, was published in 2015.

Stephanie lives with her family in a north Seattle neighborhood which has no sidewalks and looks very much like a small town. Sightings of men in kilts are common. Happily distracting her from writing are numerous unfinished knitting projects, a doe-eyed Labrador named Mr. Nick Tumnus, an extremely vocal tabby cat named Sydney Australia, and her raucous family of men. Stephanie is a proud member of Seattle7Writers and its offshoot band, The Rejections. She is currently at work on a short story collection and her fourth novel.