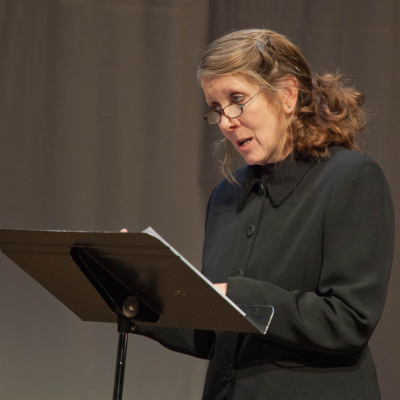 Robin is a Founding Partner and Artistic Director for Freehold Studio/Theatre Lab in Seattle. She has worked for the past thirty-five years acting, directing and teaching in Chicago, Boston, Seattle, and New York where she directed Curse of the Starving Class Off-Broadway at the Promenade Theatre. She has directed in Regional Theatres and is presently directing Freehold’s Engaged Theatre Program which tours Shakespeare productions to prisons, projects, and tent cities, for which she has directed Othello, Julius Caesar, King Lear, Cymbeline, A Winter’s Tale, The Tempest, and The Merchant of Venice. At Freehold she directed the award winning production of Chekhov’s The Seagull, Three Sisters, An Altered Life, and Veronika Falling. She was an Artist in Residence at the Seattle Repertory Theatre with Dan Sullivan, and directed several productions including Marvin’s Room, Frankie and Johnnie in the Claire De Lune, and City of Gold; and the developmental workshop of Elizabeth Heffon’s New Patagonia. She has also directed in Seattle at ACT, On The Boards, The Empty Space, New City Theatre, Seattle Children’s Theatre, and Intiman, where she was an Affiliate Artist with Bartlett Sher. She has an MFA from NYU TSOA, and she is currently on the faculty of Cornish College of the Arts. She is featured in Acting Teachers of America, and she is a member of SDC and a 2009 finalist for SDCF’s inaugural Zelda Fichandler Award. She is the 2008 recipient of the Gregory A. Falls Sustained Achievement Award.