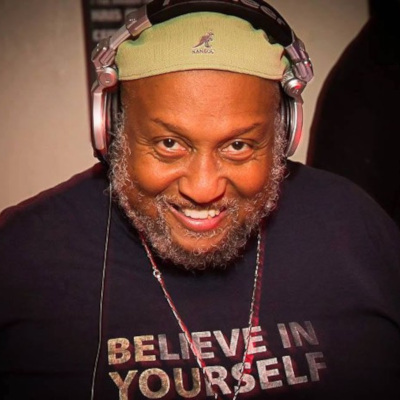 Growing up poor and black on the South Side of Chicago, where he lived for 25 years, Riz Rollins sang in the Operation Breadbasket choir as a boy and regularly got to hear Reverend Jesse Jackson teach and preach. During this time Riz’s powers of observation, energy cultivation and discernment began to take form.

Riz went on to study religion and psychology in college. This is where he learned to pull energy from the sky and stars. Riz’s ability to draw power from the universe is the central component to his luminescent and sonic discombobulation.

Riz started deejaying at KEXP and writing for The Stranger because “someone asked” and he said yes. “That’s the ticket,” he says: “Being asked and saying yes. I stopped saying no. I shed all my inhibitions that way.” Saying yes allowed the world’s energy to pulse through him; his ability to work with it fuels him.