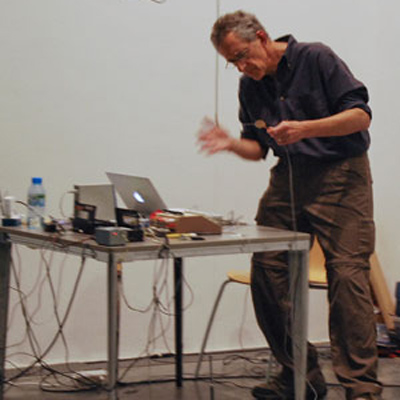 Richard Lerman was born in 1944 in San Francisco. He has worked in electronic music since 1963 and taught performance art, film making and sound art at the Boston Museum School from 1973-1994. Lerman has performed at many International and American festivals and has worked with John Driscoll, The Merce Cunningham Dance Co., The Dance Exchange, and others.

Lerman works in the mediums of music, film, installations, performance, and video. He often constructs functional microphones from diverse materials, and then composes using these transducers to amplify and pick-up sounds of the environment. These site-specific sound pieces allow the sonic flavor of each material to emerge. They also develop strong connections between the recording locations and the installations in which they are used. Recent works combine sounds from his self-built microphones with computer and MIDI techniques. He has performed and screened his work nationally and internationally since the 1970s, and has received numerous awards and grants supporting his work.

Now a Professor of Media and Digital Arts at Arizona State University-West, he has also screened his films and videotapes at numerous media centers including Pacific Film Archives, Millennium Film Studies, The London Film Co-op, Grierson State Cinema (Melbourne), Image Forum (Tokyo), and in 1999 at the Museum of Modern Art in NYC as part of “Big as Life: A History of Super 8 Film in America.” 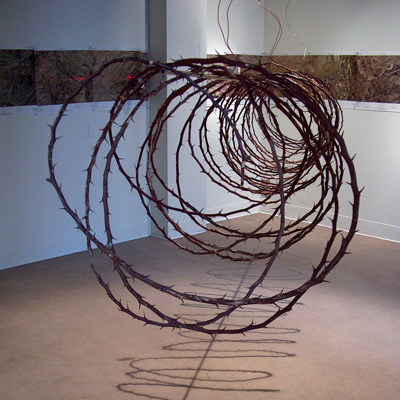