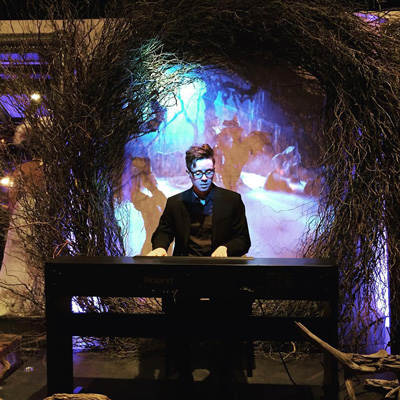 Peter Colclasure graduated with a degree in piano performance from the University of Wisconsin-Madison in 2004, before going on to spend a decade touring, recording, and performing with various bands. He lived in Seattle from 2007 to 2012, where he became involved in dance accompaniment, playing piano and writing music for Dance Fremont, Spectrum Ballet, and Evergreen Ballet. He currently lives in San Jose, California, where he teaches private lessons and works as an accompanist for the New Ballet School. He has released two solo instrumental albums since 2016. His compositions have been used for choreography by the eMotion Arts dance troupe, the Memphis Ballet, and Boise Ballet Academy.

Artist Support Program 2020: Record a two-movement work for piano and string quartet based on the My Lai Massacre.