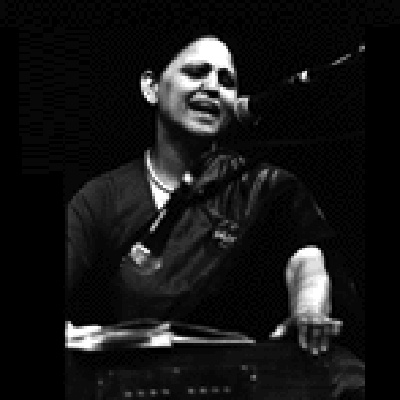 Nisha Joshi is a vocalist and sitar player who was born and raised in Rajasthan, India. Today, she performs both classical and folk repertoire at community concerts and festivals and in private homes during traditional Indian holiday celebrations in the Portland area.

Many of the folk songs Joshi performs were learned in grammar school or picked up informally at home from her sisters. The songs are primarily from Rajasthan, but also include a few from other regions of India. Joshi’s folk repertoire also includes songs from Pakistan known as ghazals and sung mainly in Urdu, as well as bhajans, or devotional songs, which are known throughout India and are sung in different regional languages. She was a part of Jack Straw’s Traditional Artist Support Program and during her residency she recorded Rajastani music, and performed at the Northwest Folklife Festival in 1996.

Joshi received her Ph.D. in Indian classical music from Delhi University, where she later taught before moving to Oklahoma and later to the Northwest.