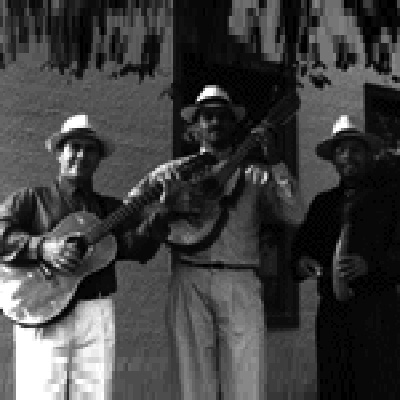 Before settling in Portland, Oregon, Neftali Rivera was a professional musician in his native Puerto Rico. For several years there, he and his groups played popular dance music such as the meringue from the Dominican Republic. Later, he decided to return to his first love, the traditional music of Puerto Rico.

In Portland, Rivera has continued to focus on the traditional music styles which are so immediately familiar to all Puerto Ricans, such as the bombas and plenas heard in communities with African roots to the danzas and aguinaldos heard in Rivera’s home town of Morovis.

The members of Grupo Borikén are from a wide variety of backgrounds. Percussionist Victor Pizarro comes from Lo Hisa, where he learned to play on the street corners. Vocalist, songwriter and cuatro player Geraldo Vargas was formally trained at the Instituto de Cultura Puertoriquena in San Juan.