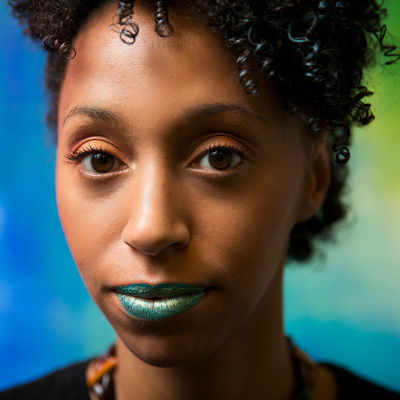 Natasha Marin is a conceptual artist whose people-centered projects have circled the globe since 2012 and have been recognized and acknowledged by Art Forum, the New York Times, the Washington Post, the LA Times, NBC, Al Jazeera, Vice, PBS and others. In 2018, the City of Seattle and King County have backed BLACK IMAGINATION–a series of conceptual exhibitions–amplifying, centering, and holding sacred a diverse sample of voices including LGBTQIA+ black youth, incarcerated black women, black folks with disabilities, unsheltered black folks, and black children. Her viral web-based project, Reparations, engaged a quarter of a million people worldwide in the practice of “leveraging privilege,” and earned Marin, a mother of two, death threats by the dozens. As a busy anti-racism consultant and community builder, Natasha was listed as one of 30 women who “Run This City” by Seattle Met magazine in 2018.