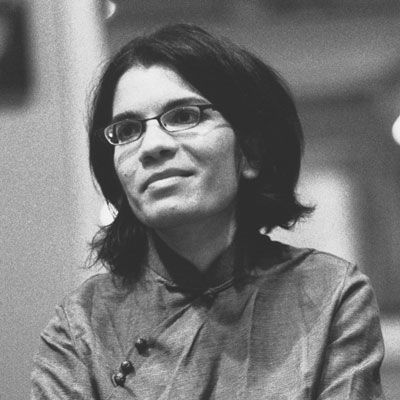 Maliha Masood is a writer, traveler and activist. Born and raised in Karachi, Pakistan, she has lived in Paris, Rome, Cairo, Damascus and Beirut, while considering Seattle, WA home since 1982. Her forthcoming travelogue, In the Middle of the East: A Muslim-American Woman’s Odyssey from Cairo to Istanbul will be published by Cune Press in 2005. Maliha is also the co-producer of Nazrah, a documentary film exploring the perspectives about American-Muslim women from the Pacific Northwest. She is currently in the process of establishing Diwan: Dialogue on Islam, a Seattle based cultural institute. The organization aims to engage interactions between Muslims and Americans through radio and TV talk shows. Maliha has a Master’s Degree in International Affairs from the Fletcher School of Law and Diplomacy at Tufts University. She frequently writes essays and commentaries on Islam, gender and culture. Her languages include French, Arabic and Urdu.