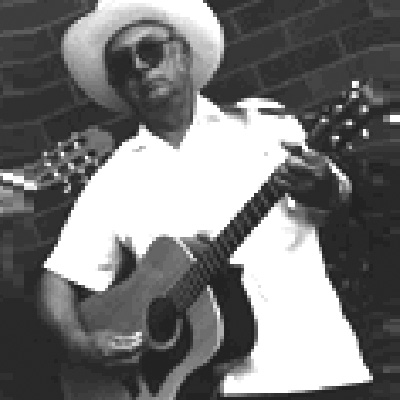 Manuel Cavazos, leader of Los Paisanos, has been playing to audiences in Southern Idaho for over ten years. With Los Paisanos, he focuses on corridos (ballads), rancheras, and boleros that bring instant recognition to anyone with roots in Mexican culture.

The group typically plays for community and church-related events from weddings to company picnics. They often play for quinceañeras, an important celebration which marks a girl’s fifteenth birthday and entails a church service, a feast, and afterwards, a dance.

Cavazos, influenced by Juan Torres, lead vocalist for the group, typically chooses songs which have a long history in Mexico and reflect the regions from which their audiences come. As Cavazos says, “What we’re trying to do for the people is to not forget the culture, forget the traditions.” At any gathering, it is inevitable that someone from Chihuahua or Jalisco or Guanajuato will call out for them to play the standard from their home region. Torres has a large repertoire of songs from throughout Mexico that he learned in his native Jalisco.

Originally from Texas, Cavazos started learning music as a young boy. He formed a group when he was a teenager, but then moved to Idaho and put down his guitar for years. In the early 1980s, he began to play gospel songs for the local church. His reputation grew, and along with Torres, he was invited to play for a growing number of churches.

When Cavazos arrived in Idaho in 1960, there were few Hispanics there. “I felt real out of place, I didn’t know anybody.” He learned to be part of the larger community, and over time, the Spanish-speaking population grew.

Now, the group says, there is a lot of Mexican music being played in Idaho, but it is mainly Tejano or Norteño style, not the more traditional music of Los Paisanos.

Guitarist and vocalist Mario Soto is originally from Chihuahua. He played in groups professionally in Mexico and then later played electric bass for a band in Denver. He had been in Idaho only a short time before recently joining the group.

Requinto player Mario Muñoz is from the State of Morelos. He also played in Mexico, with trios and groups specializing in romantic songs before coming to Idaho six years ago.