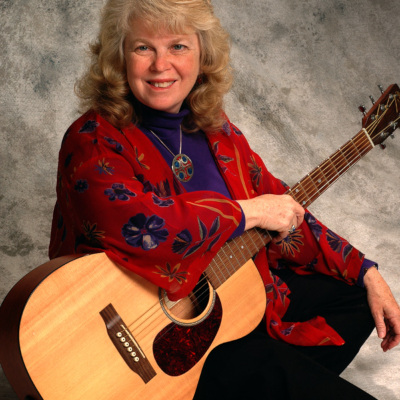 Songwriter Linda Allen is one of those rare performers who combine story and song into a rich and generous flow. She sings the songs that tell of the lives and the work, the hopes and the dreams of people everywhere. Her songs are rooted in tradition and honed by years of commitment to an art that both informs and transforms. She has released ten original recordings, two Northwest songbook collections, and a songbook of original songs. In addition, she is a Certified Clinical Musician and has founded two choirs whose purpose is to sing at the bedside of those who are seriously ill or dying.

Allen has worked with the Washington Women’s History Project, the Washington Centennial Commission (as Washington’s Resident Songwriter), the Washington Women’s History Consortium, the Inquiring Mind program of Humanities Washington, the Cultural Enrichment and Folklife Programs of the State Arts Commission and the Folklife in the Schools program. She has toured extensively throughout the US and beyond. She’s served on the national executive board of Local 1000 of the American Federation of Musicians, and helped establish two community folk centers. She’s published two collections of Washington songs and has traveled to numerous schools, museums and libraries with workshops and concerts on Washington’s history. In 2006 she visited Israel and Palestine and later completed a recording of children’s songs for use in the Peacebuilders program in Bethlehem. She offers a multi-media presentation based on her experience called Pilgrimage: Journey to the Heart of Israel and Palestine.

Linda received her Doctor of Ministry degree with a dissertation called The Bridge Between the Earth and Sky: The Spirituality of Voice. Ordained as an interfaith minister in 2006, Linda frequently teaches workshops and offers keynote addresses at conferences, seeking to empower others to find their physical and creative voices.