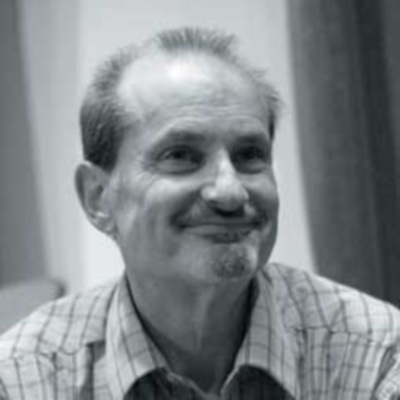 Larry Laurence was born in Honolulu, Hawaii, to a Navy family and grew up believing normal life meant pulling up roots and moving every two years. He began writing in his twenties, earning an M.A., English, studying poetry under Philip Levine and Peter Everwine. He worked 12 years as a construction laborer and warehouse worker before earning a second M.A., this time in Rehabilitation Counseling, which he uses to work with disabled adults.

Mr. Laurence has been awarded grants from the Seattle Arts Commission (Washington) and Artist Trust (Washington) plus residencies at Squaw Valley Community of Writers (California) and Cummington Center for the Arts (Massachusetts). He has published poems in Poetry Northwest, Southern Poetry Review, The Prose Poem: An International Journal, The Raven Chronicles, other magazines, and in the anthologies How Much Earth: The Fresno Poets, (Roundhouse Press, 2001), and Jack Straw Writers Anthology, 2006 and 1999. He was a featured reader and poet-in-the schools for the Skagit River Poetry Festival 2000. Mr. Laurence’s books are a chapbook, Scenes Beginning With The Footbridge At The Lake (Brooding Heron Press, 1991), and a full-length book of poems, Life Of The Bones to Come, (Black Heron Press, 1999). Life Of The Bones To Come was chosen as a National Poetry Month 2000 Selection by the National Association of College Stores.