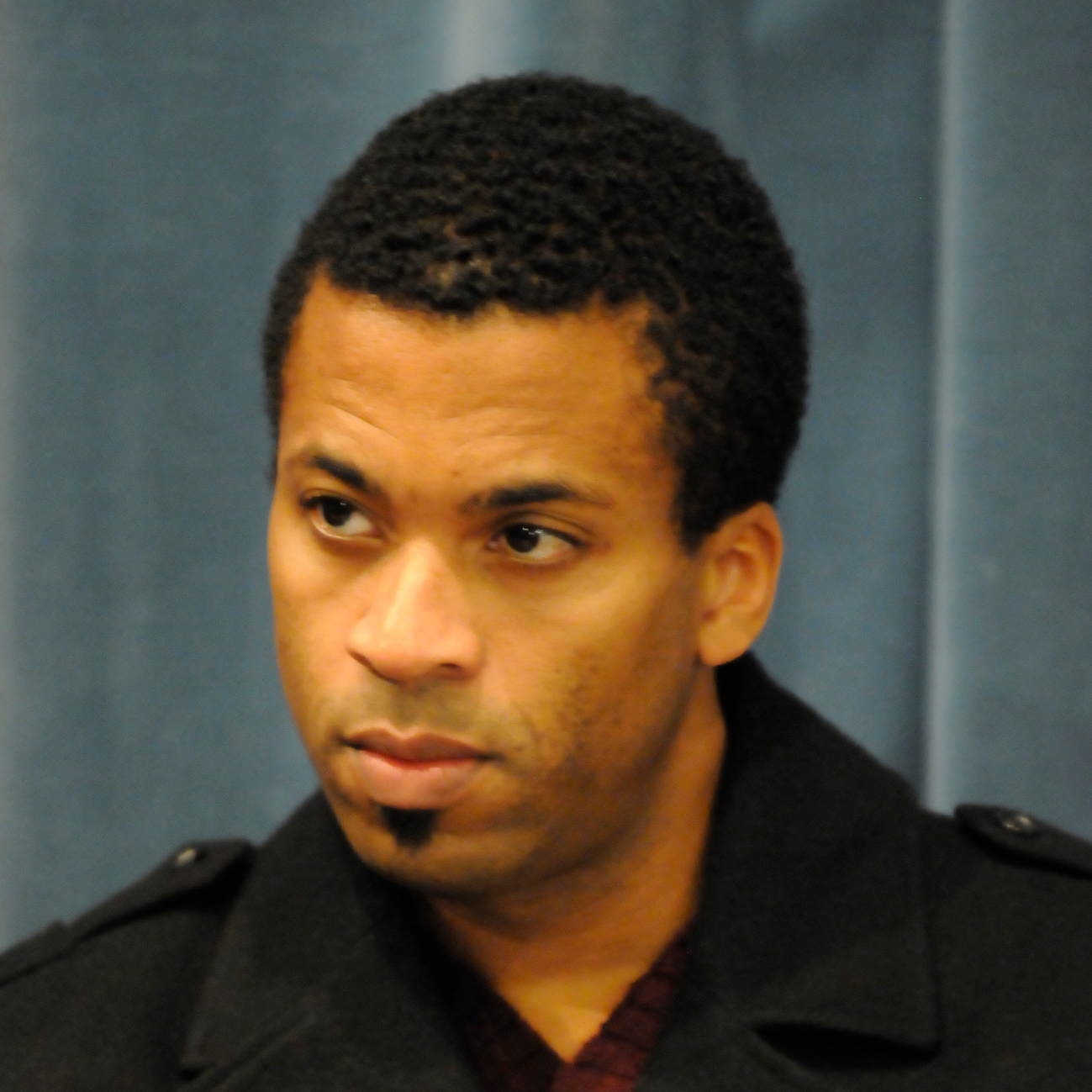 Kevin Simmonds is a musician and writer originally from New Orleans. He studied music at Vanderbilt University, Middle Tennessee State University and completed the Ph.D. at the University of South Carolina. He founded Tono International Arts Association, an international arts presenter in northern Japan (Iwate Prefecture).

Kevin received a Fulbright fellowship to Singapore where he started the first-ever poetry workshop in Changi Prison. He has published poems, essays and reviews in American Scholar, Bellevue Review, FIELD, jubilat, Kyoto Journal, Massachusetts Review, Poetry, RHINO and Salt Hill, and in the anthologies Beyond the Frontier, Ecopoetry, Gathering Ground, The Ringing Ear, To Be Left with the Body and War Diaries.

His books include the poetry collections Bend to it and Mad for Meat (Salmon Poetry, 2014 & 2011) and two edited works, Ota Benga Under My Mother’s Roof (University of South Carolina Press, 2012), the final work of the late writer Carrie Allen McCray, and the poetry anthology Collective Brightness: LGBTIQ Poets on Faith, Religion & Spirituality (Sibling Rivalry Press, 2011).

As a composer and performer, he’s collaborated frequently with Kwame Dawes on several projects including Voices of Haiti: A Post-Quake Odyssey in Verse, I Saw Your Face, HOPE: Living & Loving with HIV in Jamaica and Wisteria: Twilight Songs of the Swamp Country. Wisteria was the subject of a 2007 BBC Radio documentary and HOPE received an Emmy Award in 2009. Most recently, he wrote the music (and co-wrote the text) for Emmett Till, a river, a Japanese noh-inspired oratorio that debuted at Theatre of Yugen in late 2013.

His music has been performed throughout the US, Japan, the UK and the Caribbean, and his films, such as Singing Whitman and feti(sh)ame, have been screened at SF Frameline Festival, MIX NYC, Provincetown International Festival, Hong Kong’s InDBlue Festival and Barcelona’s Mimi LGBT Short Film Festival.