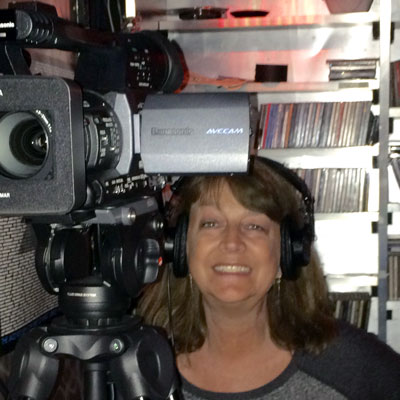 Kay D. Ray was the senior film producer for Experience Music Project where she developed and created over 85 films and just produced and directed the films for the new Museum of History and Industry in Seattle exhibit Edible City. She also created all the exhibit films for the new MOHAI opening, Celluloid Seattle and Essential Seattle. Her feature documentary Lady Be Good; Instrumental Women In Jazz premiered at the Seattle International Film Festival, toured the US in film festivals and school and is now in distribution.

Ms Ray also recently produced, directed and shot Corazon Contento for a special needs school in Nicaragua, was co-curator and filmmaker for an exhibit Jumpin’ With The Big Bands with the Northwest Museum of Arts and Culture, produced an interactive for Washington State Historical Society’s exhibit Women’s Votes, Women’s Voices with Frause Creative. With Weatherhead Experience Design Group she produced and directed the films on a microcomputer history gallery at the Museum of Natural History and Science in Albuquerque. Additionally she completed the documentary on Northwest arts patron Anne Gould Hauberg; Visionary for the Living Treasures series for Northwest Designer Craftsman and her documentary on jazz great Ernestine Anderson; There Will Never Be Another You was nominated for an Emmy award.

Artist Support Program 2018: Audio production for the documentary film In Her Hands: Key Changes in Jazz, exploring obstacles facing women in Jazz today as women around the US are fighting for auditions, creating opportunities and being role models for young musicians.