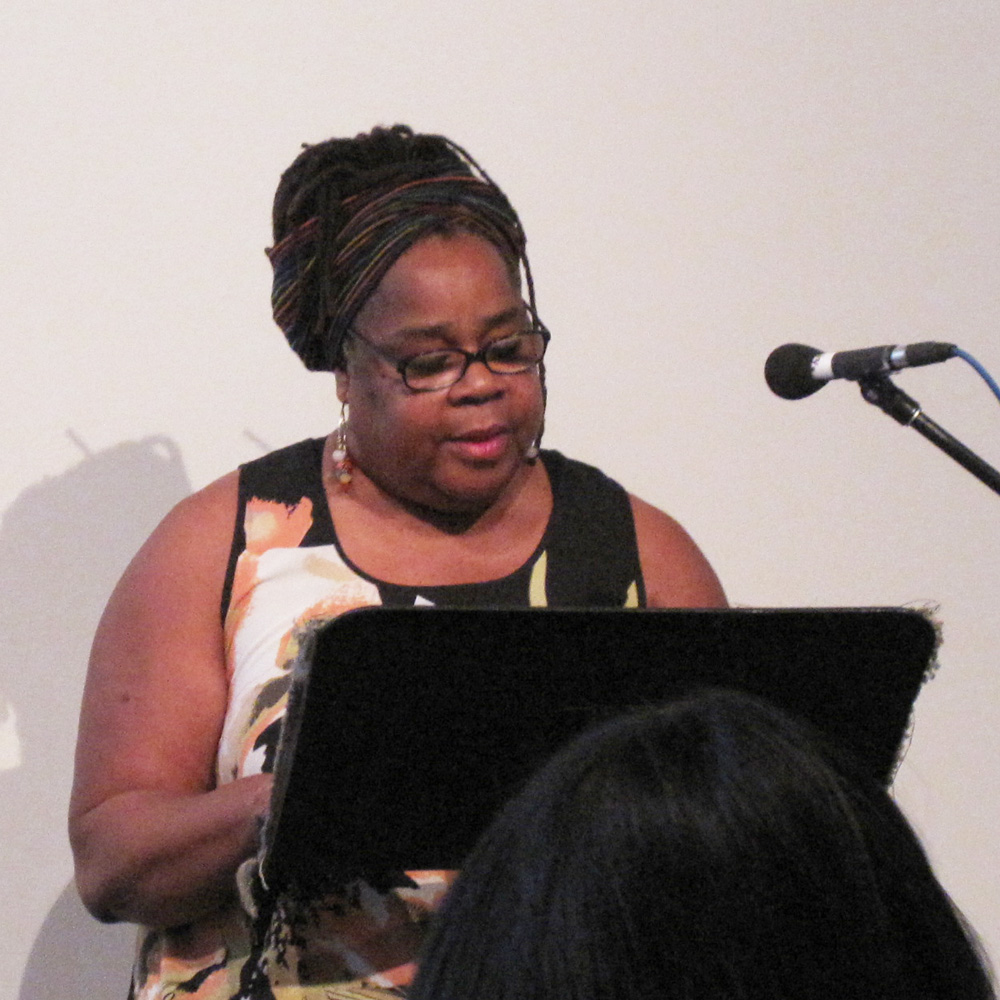 Kathya Alexander is a writer, actor, storyteller, and teaching artist.  Her poem, Naa Naa, appeared in Raising Lilly Ledbetter: Women Poets Occupy the Workplace.  She has won the 2017 Artists Projects Award from 4Culture; the WRAP Award, Youth Arts Award, and the CityArtist Award from the Mayor’s Office of Arts and Culture; and her play, David and Jonathan: A Modern Day Retelling of the Biblical Tale, was selected for STG’s Night At The Neptune.  Another play, HomeGoing, was chosen for Freehold’s New Plays Festival, Mahogany Project’s Play Festival, and for residency at Hedgebrook Women’s Writer’s Retreat. She was playwright for Intiman Theater’s Rough Eagle’s Project, and her play, Black To My Roots: African American Tales from the Head and the Heart, won the Fringe First Award at the Edinburgh Festival Fringe in Edinburgh, Scotland for Outstanding New Performance.

Artist Support Program 2018: Record a collection of short stories, set for self publication in 2018, called Angel in the Outhouse.