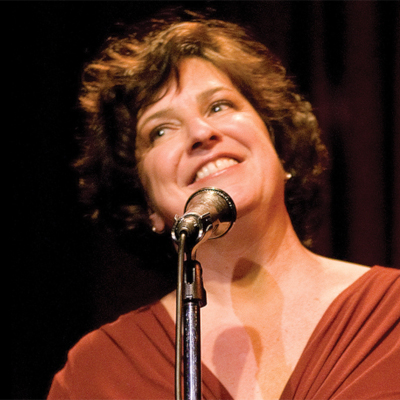 Jennifer Jasper is a hilarious storyteller, performer, writer and director who’s been a part of the Northwest theater scene for more than two decades. She’s known for her consummate storytelling, her pristine timing and her intuitive director’s eye.

In 2014, Jennifer’s play et•y•mol•o•gy was one of the six winners of the Samuel French Off Off Broadway Short Play Festival in New York City. She is a 2015 recipient of Willapa Bay’s AiR. She has developed and performed three autobiographical solo shows: Bullygirl – part of the Locally Grown Festival in February 2015; It Will Kill Them! at Seattle’s Gay City Arts in February 2014; and I Can Hear You…but I’m Not Listening, in Seattle, Santa Fe and Albuquerque, and Hollywood in 2012-2013. She produced, hosted and curated a monthly cabaret entitled “Family Affair – Cabaret served up family style” at The Jewel Box Theater in Seattle. Jennifer co-founded the improvisational company Kings’ Elephant Theatre as well as Vixen Productions.

Artist Support Program 2013: Audio recording of her one woman show I can hear you . . . But I’m not listening.