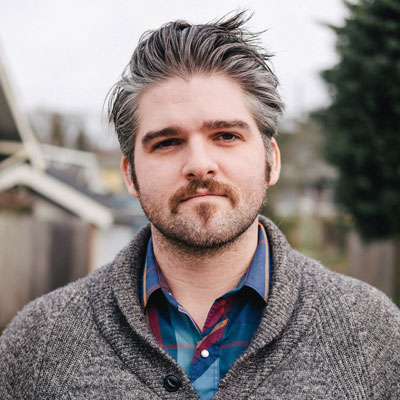 James Kelly Pitts spent his twenties crawling across the ideological divide, finally finding a nice vantage point from his Floridian Southern Baptist roots in Seattle. As a bartender he is no stranger to weird walks of life and often finds the stumbling figures he encounters inspiring his offbeat and eclectic songs. At heart a lo-fi bedroom pop shut in, he has officially released two albums, 2011’s Quiet Desperation and as Bad Rites 2014’s Touch the Ground. He has recorded hundreds more home spun songs, many of which he chronicles through his bandcamp website. He is currently working on his third album.