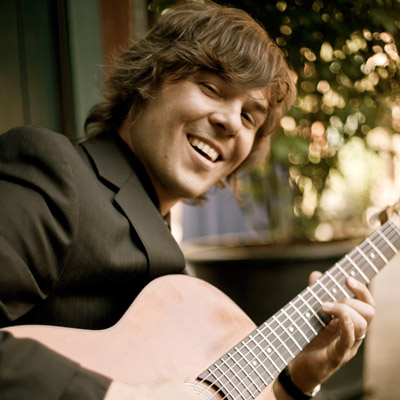 Composer and guitarist Greg Ruby is a distinctive voice in the Hot Club jazz tradition. His 2010 CD, Look Both Ways, celebrated the 100th birthday of gypsy jazz guitarist Django Reinhardt with 12 original compositions, and reached #1 on the Roots Music Review’s jazz chart. As a former member of the group, Pearl Django, Greg spent five years performing and touring throughout the United States, Canada and Europe and appeared with the group at the prestigious Django Reinhardt Festival in Samois sur Seine, France. As founding member of the hot jazz string band, Hot Club Sandwich, Greg can be heard on all four of the band’s recordings and produced their 2010 release, And If Only, featuring legendary vocalist Dan Hicks. Currently, he leads his own group, The Greg Ruby Quartet and collaborates with New York and New Orleans musicians on a project called The Rhythm Runners. A perpetual student and educator, Greg has published the Pearl Django Play-Along Book Vol.1 through Djangobooks.com and is currently completing a play-along CD/book on the swing guitar mastery of Oscar Aleman.