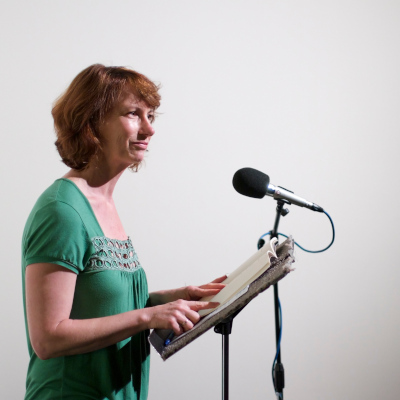 Elizabeth Austen is a Seattle-based poet, performer, teacher and radio commentator. She served as the Washington State poet laureate for 2014-16. She is the author of Every Dress a Decision (Blue Begonia Press, 2011) and two chapbooks, The Girl Who Goes Alone (Floating Bridge Press, 2010) and Where Currents Meet. Her poems have appeared online on The Writer’s Almanac and Verse Daily, and in journals including the Los Angeles Review and the Seattle Review, and anthologies including Poets Against the War, Weathered Pages and In the Telling.

She is a dynamic performer of her own and others’ poems, and has been featured at the Skagit River Poetry Festival, Richard Hugo House Literary Series, Bumbershoot and elsewhere.