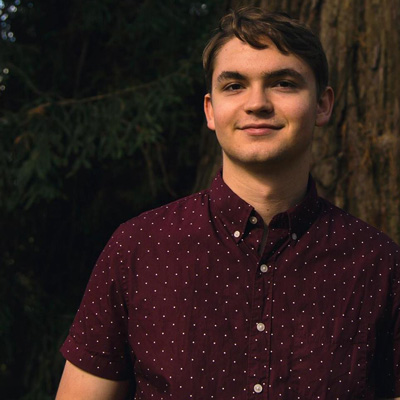 Dylan Hayes is originally from San Francisco, and began playing piano at the age of seven. He attended an arts school in Novato, California, Marin School of the Arts, where he started playing in a rock, R&B, motown and funk bands. As time progressed, he joined the school’s top jazz band and realized that jazz was the direction he wanted to take in his career as a musician. He continued his studies at Cornish College of the Arts from which he graduated from in 2019, and was able to study with Dawn Clement, Jovino Santos Neto, and Marina Albero.

Dylan has taken over the big band book of renowned composer Jim Knapp and has been revitalizing the group in Seattle. He also co-leads a group with Xavier Lecouturier called the DX-TET featuring Seattle’s best musicians.

Artist Support Program 2019: The Hayes/Lecouturier/Knapp Collective, formerly known as the Jim Knapp Orchestra, will record their first album since the original band’s 2002 album.