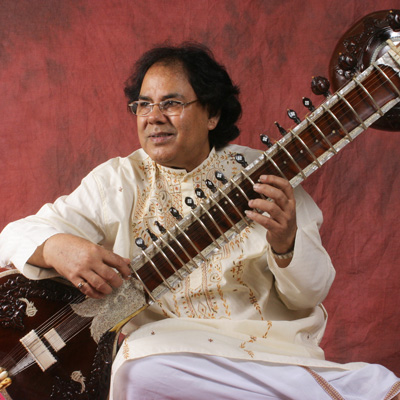 Pandit Debi Prasad Chatterjee is a distinguished name among Indian musicians as an outstanding sitarist and a highly regarded teacher of Indian Classical Music. Pt. Chatterjee belongs to the Senia Maihar Gharana and plays in the style of Pt. Nikhil Banerjee. For more than 35 years he has been performing in major Music Concerts all over India and abroad. In India, he has been invited to perform in all major music conferences. He has also performed in many festivals and concerts across North America and Europe to propagate Indian Classical Music in the western World. Pt. Chatterjee has represented India at major music festivals around the world, such as the Intercultural School of Music in Venice.