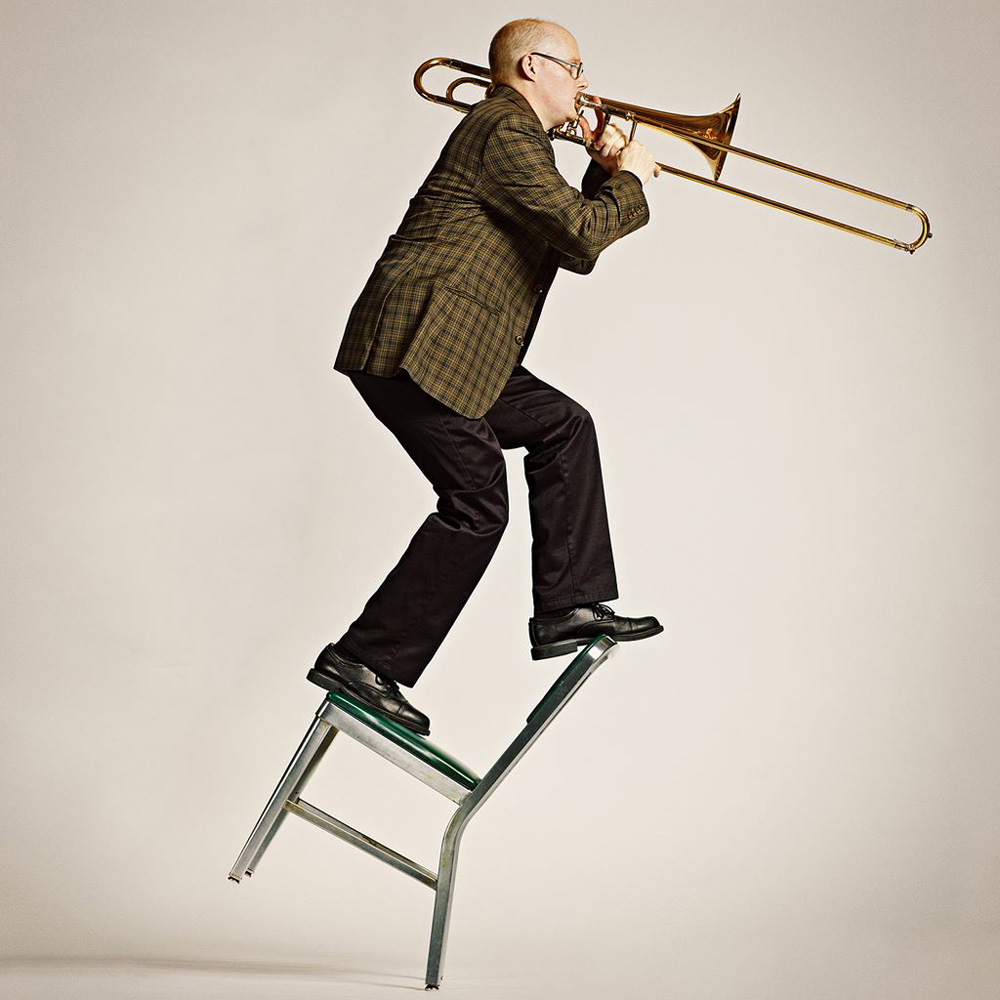 Award-winning musician and educator David Marriott, Jr. is the premier jazz trombonist in the greater Seattle area. His playing is a cornerstone of such groups as Seattle Repertory Jazz Orchestra, Emerald City Jazz Orchestra, Wayne Horvitz’s Washington Composers Orchestra (WACO), Zubatto Syndicate, and The Right Wolf, as well as his own groups, Septology, Pop Culture, Triskaidekaband and Marriott Jazz Quintet. Described by one reviewer as a “canny and imaginative player whose solos display an extraordinary sense of architecture and conception,” award-winning trombonist David Marriott is a musician for the next generation – equally at home as a performer, composer, arranger, and educator. David is co-leader, with brother Thomas, of the Marriott Jazz Quintet, which gained early acclaim for its first CD, Open Season (1997). The group was voted the Best Emerging Group by Earshot Jazz that same year, and Best Acoustic Jazz Group in 1999. David also received critical acclaim for his CD project Septology: In The Beginning, a seven-part jazz suite he composed for septet, based on the seven days of creation. Both The High Country – the second album from the Marriott Jazz Quintet – and Septology: In the Beginning garnered four stars from the prestigious All-Music Guide. His latest release in 2011 featured his quartet, Pop Culture.