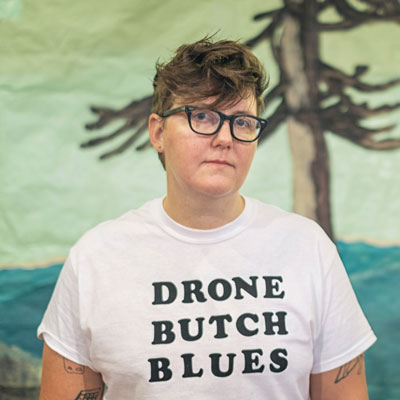 Clyde Petersen is a Seattle-based artist, working in film, animation, music, installation and fabulous spectacle. He is a member of the Transgender and Queer communities in Seattle. Clyde is the director of Torrey Pines, an autobiographical stop-motion animated feature film, which premiered in October 2016 and toured the world with a live score. He is currently directing his second feature, Even Hell has its Heroes, a documentary about the legendary Seattle drone band Earth.

Artist Support Program 2018: Record new music by members of the band Earth for Even Hell Has Its Heroes, a documentary film about them.