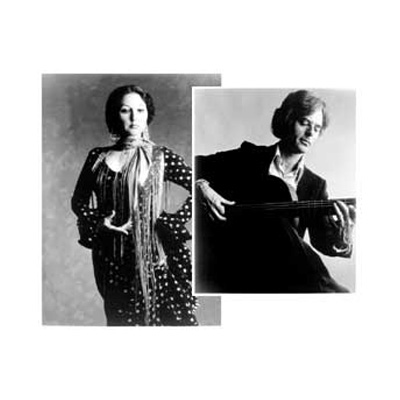 Marcos and Rubina Carmona are flamenco artists who have dedicated themselves to the Sevilla, or modern traditionalist form of flamenco. Though originally from San Francisco, they both now reside in Seattle, Washington. At the age of twenty, Marcos began to study flamenco guitar while his wife Rubina developed her skills as a flamenco singer and dancer. Soon after, they traveled with their daughter to Seville, Spain where they studied with Romanies. Following extended stays in Spain, the Carmonas performed flamenco professionally in Hollywood and finally moved to the Pacific Northwest in 1989. In 1996, Marcos and Rubina created Flamenco Arts Northwest, a non-profit arts organization for the promotion of the song, dance and music of Andalusia.

Carmona Flamenco has made extensive concert, festival, and cabaret appearances throughout Spain and the United States. Often performing with guest artists, Marcos and Rubina Carmona’s Carmona Flamenco specializes in contemporary and tradtional flamenco music, dance, and song. The Carmonas have appeared in Madrid, Sevilla, Valencia, Alicante, and Huelva, as well as San Francisco, New York, Vancouver, B.C., Portland, Tampa, and Los Angeles. Currently based in Seattle, Washington, Carmona Flamenco has become one of the Pacific Northwest’s premier performance groups.