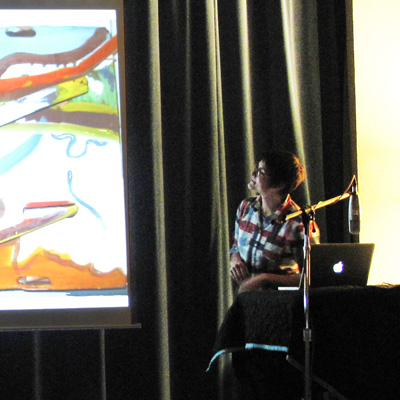 Carla Roveto is a multimedia artist residing in Brooklyn, NY. When she is not working as a Scenic Painter or Sculptor, she enjoys creating Beasties in her studio. After earning a B.F.A. in Ceramics at the University of Washington, Carla worked as a fabricator at Tap Plastics Seattle. It was at Tap that she learned to love working with plastics of all kinds. A move from Seattle to New Orleans in 2012 allowed her the opportunity to work with Blaine Kern’s studio, painting large props for the Mardi Gras parades. She also became a I.A.T.S.E. scenic painter with Louisiana’s Local 478 in 2014 working on films like Fantastic Four and Magnificent Seven. In 2015 Carla’s wanderlust brought her to Brooklyn, NY where she is happily keeping a studio practice while also working on her craft as a custom propmaker and scenic artist. 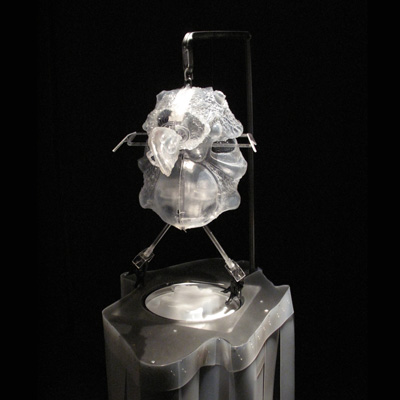 Four Rituals for Reflection: an evening of event scores

Members of the first-year cohort in the University of Washington Bothell MFA in Creative Writing and Poetics share a series of rituals that will engage the audience in introspection and interconnection.