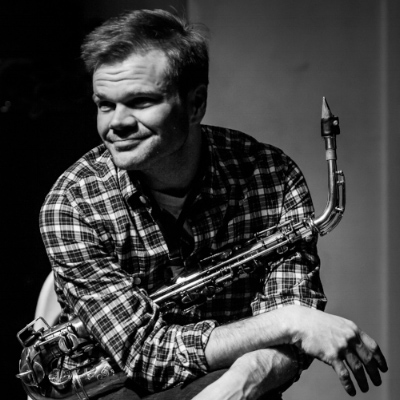 Saxophonist Briggan Krauss has been an internationally recognized key player in New York City’s downtown and creative music scene for more than twenty years. He connects the extreme edges of technique with the unexplored tonal possibilities of the instrument while making his work as much about shape as it is about his unique signature sound.

In addition to his work as a saxophonist and composer, Briggan plays guitar in several projects including his String and Reed Quartet. He also works in the areas of sound art, electronic music and interdisciplinary performance. He is currently a professor in the Performance and Interactive Media Arts [PIMA] and Sonic Arts MFA programs at Brooklyn College.