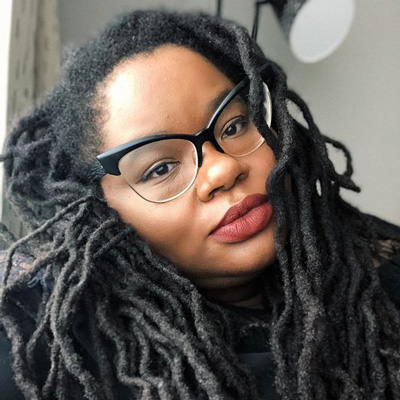 Bettina Judd is an interdisciplinary writer, artist, and performer whose research focus is on Black women’s creative production and use of visual art, literature, and music to develop feminist thought. Her current book manuscript argues that Black women’s creative production is feminist knowledge production produced by registers of affect she calls “feelin.” She is currently Assistant Professor of Gender, Women, and Sexuality Studies at the University of Washington.

She has received fellowships from the Five Colleges, The Vermont Studio Center and the University of Maryland. Her poems and essays have appeared in Torch, Mythium, Meridians, and other journals and anthologies. Her collection of poems titled patient., which tackles the history of medical experimentation on and display of Black women, won the Black Lawrence Press Hudson Book Prize and was released in November of 2014. As a performer she has been invited to perform for audiences within the United States and internationally.

Artist Support Program 2020: Mitochondrial Eve: a multidisciplinary project that takes up the image of the Black mother in U.S. culture and history.