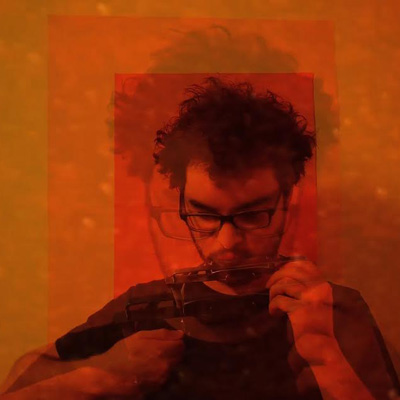 Anthony Vine is a composer and guitarist currently living in San Diego, California. His music is characterized by a pluralistic approach to tuning and harmony, drawing on just-intonation, instrumental spectra, and other temperaments. Tones are projected by acoustic instruments and simple waveforms, and cast in immersive forms. The music attempts to engage a reflexive mode of listening, wherein one takes notice of their own perceptual faculties, and begins to perceive themselves listening.

In 2016, he was awarded the Gaudeamus Prize. The jury noted, “Anthony Vine creates a solid, mature, beautifully crafted fragile sound world. He knows how to blur the identity of the different sources of sounds including the use of electronics in a very singular way.” Other awards and honors include the 2018 John J. Cali String Quartet Composition Award, 2015 Jerome Fund Commissioning Award, 2015 Salvatore Martirano Memorial Composition Award (2nd place), and NPR/Q2 Radio Top Composers under 40 (2011).

Vine is currently pursuing a Ph.D. in music composition at the University of California, San Diego.