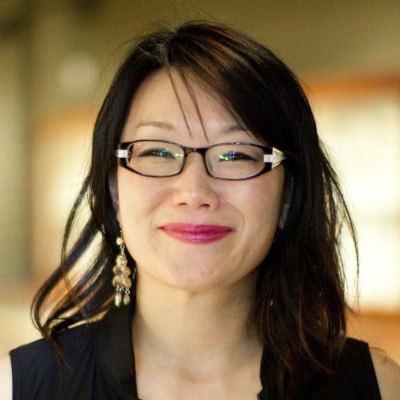 Anna Maria Hong earned a BA in philosophy at Yale University and an MFA in creative writing from the University of Texas at Austin’s Michener Center for Writers. Her poems have been published in many journals and anthologies, including 250 Poems: A Portable Anthology (2012) and The Best American Poetry 2013.

Hong served as a Bunting Fellow in Poetry at Harvard University’s Radcliffe Institute for Advanced Study in 2010-2011 and has received residencies from Yaddo, Djerassi, Fundación Valparaíso, and Kunstnarhuset Messen.

Hong is the editor of Growing Up Asian American (1995), an anthology of fiction and memoir. Her current work includes a collection of sonnets titled The Glass Age, and an ongoing collaboration with the Chicago-based composer Christopher Wendell Jones on a song series called The New Madrigals. A contributing editor at the Offing, She teaches creative writing at the UCLA Extension Writers’ Program and at Ursinus College.

In this preview of the second of three readings in the Jack Straw Reading Series, poet Anna Maria Hong reveals how she writes sonnets exclusively to curator Matt Briggs, and reads a new sonnet. Hong is a recent Pushcart Prize nominee and National Poetry Series finalist. She has published poems in various journals, and her […]