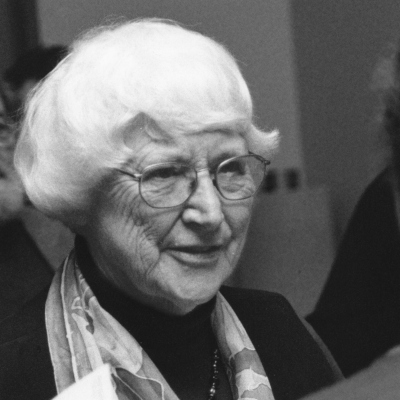 Born October 21, 1923 in Netherlands, Alie Elisabeth Wiegersma Smaalders lived through the German occupation before becoming a librarian in Amsterdam. She traveled to the United States in 1952 on a Fulbright scholarship at Carnegie Mellon and later attended UCLA. She worked as a reference librarian, studied writing and translated stories from her native Frisian and Dutch into English.

Artist Support Program 2003: Recorded The Sky was a Brilliant Blue, a collage of memoir, fiction and nonfiction stories about World War II.