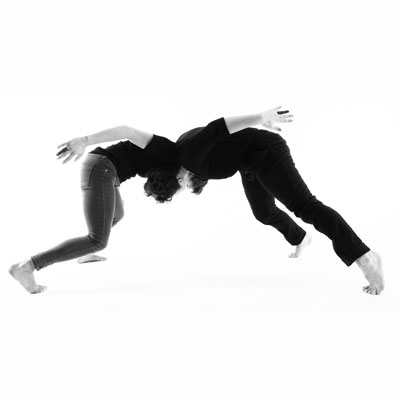 Alice Gosti is an architect of experiences. While her background is mostly in dance and choreography, she uses all media to create a cohesive environment in which the viewer is invited to both experience and perform. Born and raised by the dynamic art duo SANDFORD&GOSTI in Perugia, Italy, she trained at Associazione Culturale Dance Gallery with Valentina Romito and Rita Petrone. At 19, Alice moved to Seattle, where she received a B. A. in Dance from the University of Washington with a focus in choreography and experimental film.

Alice has received the Vilcek Foundation Creative Promise award in Dance, the 2012 danceWEB scholarship from ImpulsTanz; and, for How to become a partisan, an Artist Trust Gap Grant 2014 and a Seattle Office of Arts and Culture individual project award 2015. She has been awarded residencies and smaller prizes all over the world. Gosti is Velocity’s 2015 Artist in Residence.

Alice’s work has been presented in Italy, Germany, Japan, and on both coasts of the United States. Her project, Spaghetti CO. toured as part of Velocity’s SCUBA National Touring Network, and had the honor of being the last piece presented at the Joyce Soho in New York City, before the theatre closed. She has been presented in Northwest New Works, Seattle International Dance Festival, and Velocity’s NEXTfestNW, Bridge Project, Fall Kick-Off, and Guest Artist Series.

In 2013, Alice inaugurated Yellow Fish // Epic Durational Performance Festival, the only festival worldwide dedicated to durational performance. As a performance curator, Alice has also been in charge of Modern Dance Behind the Pink Door, Under Constructions (Velocity Dance Center) and various smaller events in collaboration with the Satori Group and the NEPO 5K don’t RUN.

Artist Support Program 2015 (with Hanna Benn): Produce audio for How to become a partisan, an immersive five-hour performance at Saint Mark’s Cathedral commisioned, produced, and presented by Velocity as part of the Made in Seattle new dance development program.