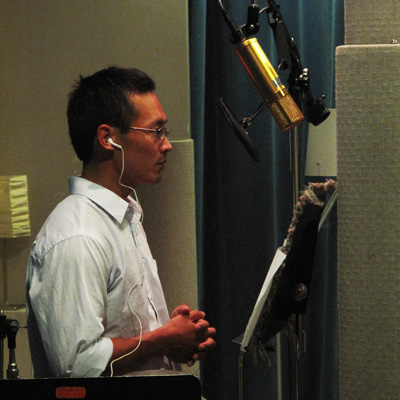 Adam Fong is an active composer, performer and producer of new music, and a community leader in arts and culture.

He has helped build two innovative arts service organizations in the San Francisco Bay Area: Emerging Arts Professionals (Co-Founder 2008; Director 2011-14) is a network dedicated to the development and growth of next generation arts and culture workers; Center for New Music (Co-Founder 2012; Executive Director 2012-18) serves the practitioners of creative, non-commercial music in San Francisco by providing resources including space to work, rehearse and perform, and access to a like-minded community. In 2018, he joined the William and Flora Hewlett Foundation as Program Officer in the Performing Arts.

As Associate Director of Other Minds (2006–2012), Fong produced the annual Other Minds Festival and contributed to many special projects including the four-disc reissue of Conlon Nancarrow’s Studies for Player Piano, tribute concerts to Ruth Crawford Seeger, Henry Cowell, and Carl Ruggles, a celebration of the 50th anniversary of Fluxus, the US Premiere of 18 Microtonal Ragas based on “Solo for Voice 58” by John Cage, and the creation of a composer fellowship. Fong’s own compositions have been performed internationally in Auckland, London, Berlin, Tübingen and Darmstadt, at many US universities, and throughout California, by performers including New York’s Dither Quartet, the Magik*Magik Orchestra, and the two-piano team Dennis Russell Davies and Maki Namekawa.

Fong received the MFA in Music Composition at California Institute of the Arts, where he studied with James Tenney and Wadada Leo Smith. He also holds a master’s degree from Stanford University (English), has lectured on cultural entrepreneurship at San Francisco Conservatory of Music and on experimental music at CalArts, and has served as a strategist, producer, and panelist for a wide variety of cultural communities, foundations, awards, and public agencies.