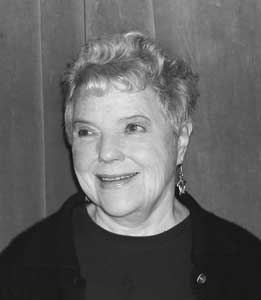 In this podcast, poet Joan Swift begins with a sonnet she wrote for poet Theodore Roethke, who was her teacher in his last class. That is followed by a group of poems called “Five from Kona,” which she wrote for the 2006 Jack Straw Writers Program. This reading was recorded with a live audience during the Spring of 2006 at Jack Straw Productions in Seattle.