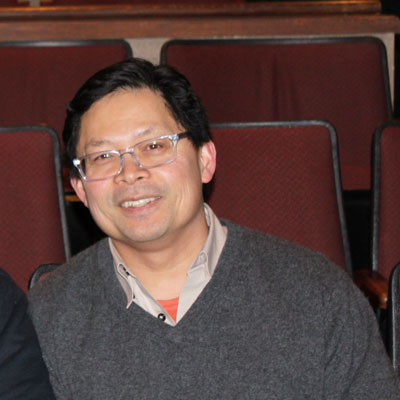 Harold Taw’s debut novel was Adventures of the Karaoke King; his writing has been featured on NPR, in a New York Times bestselling anthology, and in The Seattle Times; and his screenplay DOG PARK has received numerous accolades. He currently co-curates WordsWest Literary Series.

Harold (book) and Chris Jeffries (music and lyrics) co-wrote Persuasion, a musical adaptation of Jane Austen’s final novel, which had its world premiere at Taproot Theatre Company in summer 2017. Persuasion received a staged reading at The 5th Avenue Theatre in 2015, and a workshop reading at Texas Musical Theatre Workshop in 2016. Chris and Harold’s one-act musical The Missed Connections Club won Third Place in the 2015 Frostburg State University One-Act Competition, was a finalist in the Arts Club of Washington’s 2014 One-Act Play Competition, and was longlisted for the 2015 British Theatre Challenge.